The king gets his crown 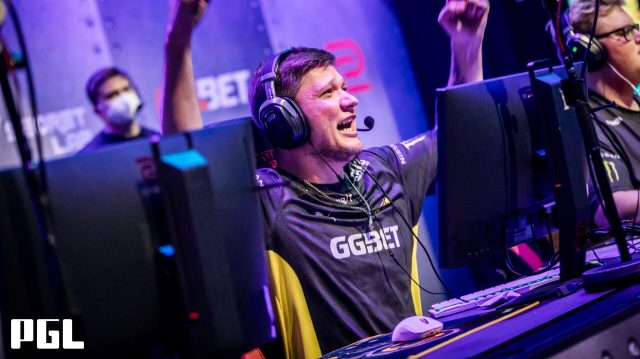 Provided by PGL s1mple at the PGL Major in the Avicii Arena.

Natus Vincere have won the PGL Major Stockholm 2021 grand final, beating G2 Esports 2-0. With the win, Na’Vi have completed the event without dropping a single map, a never-before achieved feat in a major.

Oleksandr “s1mple” Kostyliev, widely regarded as one of the best ever Counter-Strike: Global Offensive players has added a trophy to his name. S1mple ends the tournament with a 1.47 HLTV 2.0 rating and the HLTV MVP. Despite already boasting a laundry list of achievements in his career, s1mple had never won a CS:GO major prior to this tournament. With the win, the Ukrainian cements himself as one of the best to ever touch the game.

The grand final was competitive, maybe more than analysts and fans predicted. Map 1 was Ancient, a curveball that G2 tossed into the mix to try and trip the CIS juggernauts up. Although G2 had moments, the game went to Na’Vi, 16-11. Next up was Nuke, Na’Vi’s pick. The CIS squad had a continuous 17 in a row win streak on the map. G2 came out strong with a 10-5 Counter Terrorist side half, but Na’Vi were able to put together a devastating comeback. Nikola “NiKo” Kovač had an absolutely catastrophic whiff that may have sealed the deal as the CIS side secured overtime and then double overtime. Finally, the game went the way of Na’Vi, 22-19.

The match was the most viewed CS:GO match of all time, with a record 2.5 million concurrent viewers. It also featured a live audience in front of a packed Avicii Arena in Stockholm.

One revelation from the tournament was Valerii “b1t” Vakhovskyi, the 18-year-old Ukrainian fragging sensation. His tournament rating was 1.27. Coming into the event, b1t was by no means unappreciated, but there were doubts about his capacity to show up on the big stage. He silenced those doubts and showed himself to be a star in his own right on a team already studded with legends like s1mple and Denis “electronic” Sharipo. The last two members of the Na’Vi roster are Kirill “Boombl4” Mikhaylov and Ilya “Perfecto” Zalutskiy, both still relative newcomers to CS:GO, if not on the same level of inexperience as b1t and some of the other rookies that were present at the PGL Major.

NiKo, another CS:GO superstar with no major wins, performed well with the exception of the Desert Eagle miss. Still, it wasn’t enough to help G2 snag themselves a map. G2, who have struggled in the online era but always seem to show up on LAN, could not seem to take a map off of Na’Vi in grand finals. In their last two meetings at IEM Katowice 2020 and IEM Cologne 2021, G2 lost to Na’Vi 0-3 in both meetings. While second at a major is rarely a discouraging result, it remains to be seen what G2 can do to come out on top of Na’Vi. For now, they go home after a strong showing where their only map losses were to Na’Vi and Heroic, in the semifinals.

For Na’Vi, the PGL Major win is crescendo after a year of domination. They won the IEM Grand Slam, as only the third team to do so, and netted themselves a cool $1 million in extra cash. They’ve firmly established themselves as the best team in CS:GO, with no one else close behind. If they can keep up their momentum, CS may be in for a new “dynasty,” having only recently come out of the Astralis era, where the Danes became the most dominant team in CS:GO’s history.