The match saw a peak of 1.3 million viewers 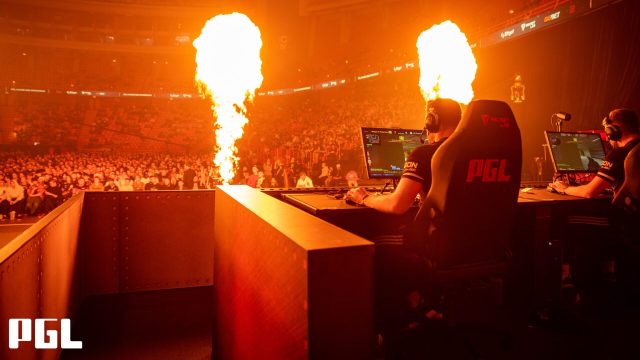 Provided by PGL. Quarter finals of the PGL Major.

The quarter finals match between Natus Vincere and Team Vitality on Friday drew a total of 1.3 million viewers, according to Esports Charts. Reaching that number, the PGL Major Stockholm 2021 has officially peaked ahead of any other Counter-Strike: Global Offensive major. The next two most watched matches for CS:GO viewers were both major grand finals — Astralis vs. Virtus.pro at ELEAGUE Major 2017 and FaZe Clan vs. Cloud9 at ELEAGUE Major 2018.

The historic milestone was reached on the first map, Dust II. Part of the draw of the match was the duel between the two best players in CS:GO, Mathieu “ZywOo” Herbaut and Oleksandr “s1mple” Kostyliev. The PGL Major is also the first after an extended two year hiatus without majors on account of the COVID-19 pandemic. With Na’Vi representing the CIS region and CS:GO in general being popular in Russia, more than 500,000 of the 1.35 million viewers were watching the event on Russian-language streams.

This match wasn’t the first to draw big numbers at the PGL Major. Earlier in the day, the quarter finals between Gambit Esports and FURIA Esports maxed out at 1.2 million viewers. Yesterday, the quarter finals of Heroic vs. Virtus.pro and G2 Esports vs. Ninjas in Pyjamas reached 1 million and 900,000 respectively. As the numbers continue to climb, the expectation is that Saturday’s semi finals and the grand finals, on Nov. 7, will break this viewer barrier again and again.

CS:GO majors have historically been some of the most viewed online esports events, sitting only behind large tournaments for games like League of Legends, Dota II, Fortnite and a handful of mobile games. The highest viewer peak of any event was at Free Fire World Series 2021 Singapore with a 5.4 million viewer peak. Garena Free Fire is a popular mobile battle royale game developed by 111 Dots Studio.

All of the statistics provided above change when including viewers from Chinese platforms.