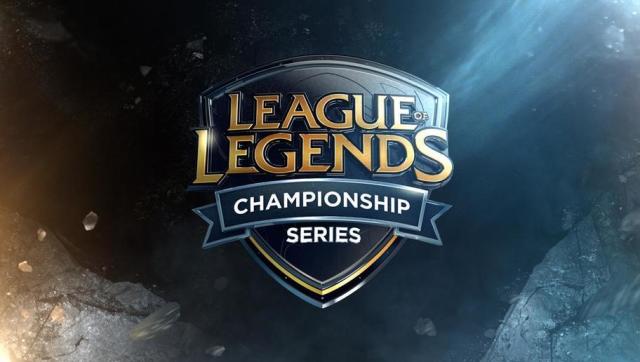 The 2018 Summer Split for the North American League of Legends Championship Series (NA LCS) is finally here. Unsurprisingly, there wasn’t very much roster turnover through the mid-year offseason.  Going into the new split, some teams will look for retribution while others look to build off last season’s successes.

In the Spring Split, we saw several pleasant surprises in the standings. We were also met with a few disappointments that left some fans confused and others hurt (*cough* TSM). Many people gained new teams to cheer for. Many others lost faith in their long-time fandoms.

Who will come out on top this time around? Who will be at the bottom of the barrel? Without further ado, let’s get to our 2018 NA LCS Summer Split Power Rankings.

Maybe the Golden Guardians are the universe’s way of saying that the Golden State Warriors are not allowed to run a dynasty in two separate leagues. While the Warriors are the best basketball team in the world by a wide margin, their LCS counterparts are not doing too hot.

The team has taken on former Team Liquid Academy (TLA) player Mickey to replace Hai in the mid lane. Without a real sample size, it’s hard to know how this improves the team at all. There’s also the question of how he will synergize with a team that has no Korean-speaking players.

The potentially bright spot on this roster is Lourlo, who was the team’s best player during the Spring Split. Lourlo has been relatively inconsistent throughout his career but this could be the season he finally grows into his own as a top laner and leader of his team.

Brace yourselves, Golden Guardian fans. This is probably going to be a rough one.

The main change here is the team bringing in former TSM jungler Santorin to replace AnDa. What does this mean for FlyQuest? Not much.

Santorin played for H2K Gaming last split, shared time with fellow jungler Marc “Caedrel” Lamont and both were among the worst junglers in the league. Maybe they added him in order to bring a more veteran presence into the jungle. In terms of raw skill, this move isn’t exactly a game-changer.

All eyes here are on Flame, who was one of the better top laners in the league in the Spring. We’ll have to see how he builds on last season’s success and whether or not he can carry his team to a few more victories.

OpTic will enter the Summer looking to improve on what was a disappointing first split in the league.

The team has replaced veteran Daerek “LemonNation” Hart with Terry “Big” Chuong. How will the team’s new support synergize with Arrow? The former MVP had a pretty lackluster Spring himself.

If OpTic fans have something to look forward to, it’s the development of the team’s fresh 10-man rotation. The organization added top laner Jon “Allorim” Logue, jungler Gabriel “Fanatiik” Saucier, mid laner Cristian “Palafox”, AD Carry Johnson “Eclipse” Cao and Austin “Gate” Yu as support. We’ll have to see if this new system injects some life into the team.

Our Player to Watch, PowerOfEvil, comes in looking to grow, not only as a player but as a leader of his team. He already has the mechanical skills to keep up with the rest of the league. Will he prove he can lead OpTic Gaming to a better-than-ninth place finish?

Clutch Gaming managed to defeat Team Solo Mid in a stunning upset during the Spring finals. Both the world of esports and Clutch Gaming themselves were caught by surprise. Now the team will aim to build on a very average showing from last season, where they were known to beat whoever they were above and lose to whoever they were below.

Two things to watch for Clutch’s success: how much Solo can grow as a top laner and how hard Febiven can carry games. It’s hard to gauge how Apollo and Hakuho will stack up against the other bot lane duos in the league, especially with the bot lane meta completely in flux at this time.

Clutch Gaming are one of the teams with the widest variance going into the split. It wouldn’t surprise us if they secured a playoff seed, nor would we be shocked if they placed in the bottom third of the league. The team’s success will hinge heavily on how veteran players like Febiven, Apollo and Lira navigate the split.

With some of the best mechanical players in the league and some of the oldest synergy, Cloud9 would have likely placed higher on this list. Unfortunately for C9 fans, the team made a blockbuster announcement yesterday in which they revealed that the team’s strongest mechanical players and those with the longest-running synergy had all been benched.

That’s right. Jensen, Sneaky, and Smoothie were all demoted to the team’s Academy League roster. All three players were top-3 in their position during the Spring. While the assumption is that the three stars will be back for the second week of the split, there is plenty of confusion surrounding the team right now, leaving things very unclear.

We don’t know for certain why the three were benched, but we do know that they are our Players to Watch while they are not on the main roster. With the current starting roster, it is hard to place C9 in the top five.

Who knows? Maybe this is all some master plan by Jack and Reapered to make some sense of the clown fiesta of a meta that took the game by storm in Patch 8.11.

With Counter Logic Gaming we’re keeping an eye on Biofrost. He’s starting to show a real backbone for shot-calling and, compared to his TSM days, he’s become much more vocal. Now we’re interested to see if he can develop into a true leader for the team.

A lot of CLG’s mistakes would stem from making too many bad calls in the mid-game and rushing into ill-advised situations that often resulted in disaster. The team will be looking to snuff those issues out going into the Summer Split.

If CLG isn’t able to get it together by the end of the season, you can probably expect some major changes to the roster or the coaching staff.

I was not a believer of Echo Fox back at the beginning of last season. With the number of stubborn personalities on the team, I thought it would only lead to another Breaking Point documentary being made.

I was proven wrong. Echo Fox fought tooth and nail to a second place finish in the regular season and won third place in the playoffs for their troubles. Now, with a new season approaching, they will need to build on their success on the top side of the map, and help cover up the problems on the bottom half.

Huni and Dardoch both are Top-2 in their positions. The weight of carrying the team will largely be on them. Altec and Adrian will be a focus for other teams to attack so the top side of the map will have to pick up even more of the slack this time around.

The top 3 teams in the NA LCS are practically interchangeable. The results will depend heavily on which teams can get the best grasp of the wildly unpredictable meta we’re in right now.

Aphromoo, more than ever, will be under the spotlight for this split. The Spring MVP’s ability to help lead this team to another successful season will be key to them finishing Top-3 once again. While the 100 Thieves roster is strong, there were moments in the spring where the team practically fell apart. It was Aphromoo’s ability to keep everyone grounded that kept the team playing at such a high level.

In a meta where people are playing Taric mid and Brand bot, a good leader is invaluable. With 100 Thieves, they have the perfect man for the job.

There’s no other way to put it; last split was a pure disappointment for TSM. Just when people thought they were ramping up in time for the playoffs, they got 3-1’d by Clutch Gaming in the first series. This was the first time Team Solo Mid missed an NA LCS Finals in the history of the league. They’d gotten there for 10 straight splits, as 5-time champions and 5-time runner-ups.

Should TSM fans jump ship? It’s far too soon for that. TSM is still the North American powerhouse that everyone knows them to be. Bjergsen is still the best mid laner in the region. Hauntzer, Zven, and Mithy are still Top-3 for their positions.

There are two factors that will determine TSM’s fate over the Summer. The first is MikeYeung and whether he can improve on his poor Spring performance. He was one of the main reasons why TSM had such a bad start to the Spring. A poor start to the Summer will raise immediate red flags.

The second major factor is TSM’s notorious reputation as a team that is slow to adapt to big meta changes. The current meta is nothing like we’ve ever seen before and “big changes” doesn’t even begin to define it.

Will the team’s old ghosts come back to haunt them? Or will they surge back to the top in typical TSM fashion? We’ll just have to wait and watch.

Even though Team Liquid did not have the best showing at the Mid-Season Invitational, it does not change the fact that they were and still are the best team in the NA LCS. Doublelift is coming off of one of his best performances at an international event. There were moments where he flat-out carried his team to victory when the going got rough. Not to mention, Xmithie is such a consistent player in the jungle, Impact is one of the best top laners in the league, and Pobelter is always steady in the mid-lane.

Team Liquid’s only real weakness is their support situation with Olleh and Joey. There is still a lot of mystery surrounding Olleh’s benching during MSI. We’ve yet to see how he’ll bounce back from that in regular Split play.

TL is in line to have another great season, but will question marks surrounding their bot lane slow the team down? The answers to this question and all others will begin drawing answers this Saturday.

Are you looking forward to the Summer Split? Do you agree or disagree with our Power Rankings? Let us know your thoughts in the comments below! Also, be sure to check back each week for our updated power rankings as things shake out throughout the split.