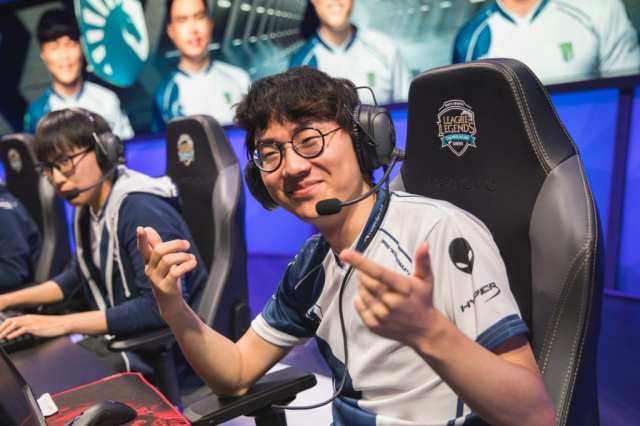 The second week of the NALCS has come and gone. Teams are looking to solidify themselves as true contenders, while others are trying to prove that they are not the sum of their actions so far. Of course with this meta, games were fast, furious and nothing short of exciting. Let’s dive right away into the NA LCS Power Rankings for Week 2.

The reigning North American champions storm back with a vengeance. Their first game against Counter Logic Gaming would exemplify why they are not a team you can show any weaknesses. One bad team fight from CLG, and suddenly Team Liquid would take a team ace and the game soon after. Their second game was a pretty decisive stomp against Team Solo Mid. It seems that Team Liquid is back in form for now, especially with superstar Yiliang “Doublelift” Peng putting a lot of the weight on his shoulders as Kai’sa.

Although there was a slight hiccup with a loss to OpTic Gaming, Echo Fox still had a decent showing this week. They had a pretty entertaining game against the Golden Guardians, one of the more bloodier games of the split so far. Echo Fox is not scared to throw their top lane star Huni into any lane to take advantage of the topsy-turvy meta. He has played in four games this season and has played in four different positions. Maybe next week he will show off his support skills to further his claim as maybe the most versatile player in the West. As for Echo Fox, they only need to buckle down on some minor problems to keep themselves at the top of the NA LCS.

Even though it is just Week 2, Counter Logic Gaming looks to be improving. Their shot-calling and ability to play from behind still need some work, as evidenced in the game against Team Liquid. However, they were able to beat Clutch Gaming on day two with some pretty good in-game decision-making and a good performance from Darshan and Stixxay. We will need to see if CLG can keep up the good work and restore some of the faith in the coming weeks.

Nothing in life is certain except death, taxes, and Clutch Gaming taking down Team Solo Mid. CG was able to take down the struggling TSM in pretty dominant fashion with some great play from Febiven. However, with a loss to the surging CLG, they still have yet to show real strength against the top teams in the league. Clutch will have a true test of their mettle when they face off against 100 Thieves and Team Liquid next week.

The Golden Guardians look like a completely different team from last season. Lourlo looks to have stepped up as a front-runner for the squad, and GGS seems stronger because of it. Even in a loss against Echo Fox, the team showed promise and fight through adversity. If Lourlo can continue growing as a leader and Contractz can stay consistent with his great play as of late, look for GGS to push for a playoff spot this season.

Better than last week, but not impressing anyone yet. This weekend, 100 Thieves faced off against two of the weakest teams in the league in Cloud9 and FlyQuest. Although they were able to stomp FlyQuest 19-7, they had a harder time against Cloud9, especially in the early game. However, due to Cloud9’s relative inexperience, 100 Thieves were able to take advantage of several mid-game mistakes. They still need to prove themselves against the better teams in the league.

We spoke on TSM’s notoriety when it came to adapting to new metas in our Preseason Power Rankings. The team is famously slow in picking up on large-scale changes to the game. However, we did not expect these struggles to be so dramatic. Zven and Mithy have looked sluggish in the bottom lane, especially in their game against Team Liquid. I also don’t like the team’s insistence on putting Bjergsen on support-type mid laners.

Should TSM fans be worried? Not yet. Watch for Week 3, where they face off against Golden Guardians and Cloud9. TSM should not drop a game against either of these teams, but if they do, then you have permission to panic a little.

Decision-making and clearer communication should be the focus for OpTic in Week 3. The team made several bad decisions in the late-game against floundering FlyQuest which lead to an eventual loss. They were able to gain a surprise win against Echo Fox but overall, the game was still very shaky. We will need to see how they fare against the rising Counter Logic Gaming and 100 Thieves in the coming week.

100 Thieves crushed FlyQuest pretty easily and under 30 minutes; 100T did not even lose a tower. FlyQuest managed to find their first win against OpTic Gaming, but this was due to OpTic throwing their lead in spectacular fashion. FlyQuest still needs to build on the basics of the game, and find a shotcaller within their ranks to rein in the squad.

I was hoping for Cloud9 to prove the doubters wrong, but they did the exact opposite. They looked absolutely lost in the two games they played this weekend. Their lack of a shotcaller and lack of experience has dragged the team down to the bottom in our NA LCS Power Rankings.

I do not know how long this Cloud9 Academy experiment is going to last, but I do not see it going past Week 3. C9 faces off against Team Solo Mid and Echo Fox next week. If Cloud9 finishes the week with a 1-5 record, you can be almost certain that Jensen, Sneaky, and Smoothie will be returning to the lineup. It’s hard to imagine Jack and Reapered giving up any more ground on the road to the playoffs with the roster they’re currently running out there.

What do you think of our Week 2 NA LCS Power Rankings? Let us know your thoughts in the comments below! If you missed the Week 1 edition, check it out here!