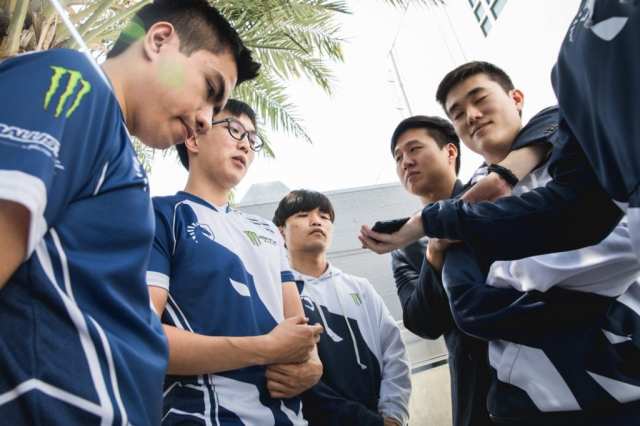 As we approach the NA LCS Finals this weekend, we have two iconic organizations preparing for the competition. This is the first time that Team Liquid and Cloud9 will face off against each other in the Finals. However, the players on each side are all too familiar with the situation at hand. There is a good mix of veterans and rookies clashing this weekend, but who will come out on top?

The 2018 #NALCS Summer Finals are set! @TeamLiquidLoL will face off against @Cloud9 on September 9 at @OracleArena in Oakland! GG WP! pic.twitter.com/ysiyNSoOcY

Will the veteran Team Liquid squad triumph once again? Or will the fiery new rookies of Cloud9 take the crown for themselves? Before we answer that question, let’s compare the teams role by role.

This matchup will be closer than people may think. Impact is still one of the best top laners in the NA LCS. What he gives to Team Liquid is essential to their success, even though he may not be playing carry champions. He is one of the big reasons why their team fighting is so damn strong.

On the other hand, Licorice has been having a breakout year himself. I mean, what is with Cloud9 and excellent rookies? In only his first year as a pro, he has been able to fill the void Impact left and more. Also, Licorice is able to adapt to any playstyle Cloud9 needs from him, whether its a hyperaggressive carry or a frontline tank.

The matchup will hinge on whether or not Licorice can get aggressive and link up with his jungler early. If he can put Impact on the backfoot quickly, the Cloud9 jungler can overwhelm him.

I think that experience will be the big factor in this matchup, as Blaber will be heading onto the big stage for the first time in his career. This is the biggest match of Blaber’s career thus far, and it will be a good test to see how he will handle playing under the bright lights of the NA LCS Finals. Nerves may affect the young jungler, but hopefully, he can steel himself in time because the man across the Rift isn’t going to back down.

Xmithie is an icon of reliability for Team Liquid. He has been to multiple NA LCS Finals and is an integral part of TL’s game plan moving forward. He is no stranger to the roars of the crowds and the thousands of people in attendance. I believe that the difference in experience will give Xmithie the edge.

The mid lane may be a bit more black and white than the other lanes. In a meta that has slowly normalized and is allowing mid laners to carry again, Pobelter has been somewhat of a weak point this split. This was shown in their games against teams with stronger mid laners, like TSM and of course, Cloud9.

Jensen is one of the best mid laners in the league, and he has been a constant factor into Cloud9’s rise from the bottom of the NA LCS standings. I see Jensen dominating the mid lane matchup early on, and will be a focal point for Cloud9 in the series. This was an easy matchup to judge.

The mid lane may be the focus for Cloud9, but the bottom lane will be the lane to watch for Team Liquid. Although the return of Sneaky was a huge boon for Cloud9, he hasn’t been playing at the highest level just yet. Additionally, Zeyzal has also been playing incredible for his first split as a pro. His work has garnered him second place in the Rookie of the Split voting. However, all of these may not matter against Doublelift.

Doublelift has been playing some of the best League of Legends of his career this split and is undoubtedly the MVP of the NA LCS this season. When Team Liquid is struggling, he is the man to shoulder the weight and drag them to victory. He is 100% the X-factor in the series, and if Olleh can play like he has been these past few weeks, this should be easy for the perennial All-Star.

Again, a very close matchup between two great coaches. Team Liquid’s Cain is great, being able to help steer the Team Liquid chariots to a top two spot in the NA LCS. Without his knowledge and patience, it is hard to see Team Liquid have as much success. However, it must be said that it is relatively easy to coach a team with several veterans, and players who have already played with each other.

Let’s now take a look at Reapered. He has won the Summer Coach of the Split award, and for good reason. His ability to help guide the team’s plethora of rookies to the promise land is key to Cloud9’s success. Additionally, their ability to go from one of the worst teams in the league to one of the best is a testament to his leadership skills and coaching ability.

With all the factors in mind, I will have to give the edge to Reapered, who has shown time and time again that, given enough time, he can mold any combination of players into a championship contender.

Although Cloud9 has the upper hand in terms of the positional matchups, Team Liquid has arguably the best team play in the NA LCS. They also have a veteran squad of players who have been on the big stage multiple times. Liquid also has the best ADC in the region, who may even be the MVP of the league. Compare them to Cloud9, who have multiple players heading into their first Finals ever.

The Cloud9 rookies will definitely have to fight off some nerves as they step in front of thousands of screaming NA LCS fans. However, we also have to consider the compositional flexibility Cloud9 has with their seven-man roster. They have the ability to throw some curveballs at Team Liquid with Greyson “Goldenglue” Gilmer and Dennis “Svenskeren” Johnsen in the mix. All in all, this upcoming Finals in Oakland should be another exciting chapter to add to the saga that is the North American LCS.

What do you think of Team Liquid – Cloud9 matchup? Let us know your thoughts in the comments below! If you want more NA LCS Finals coverage, check us out here!