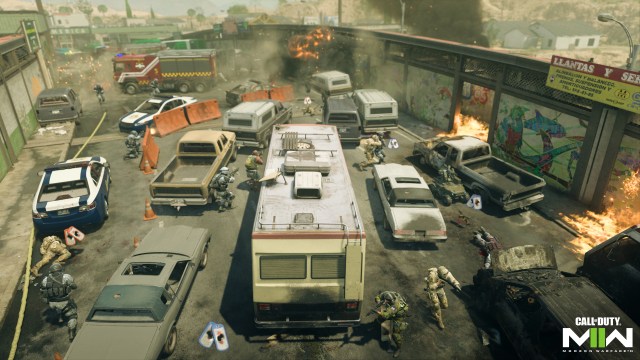 Call of Duty: Modern Warfare 2 has launched for players in some parts of the world and thousands of players have hopped into multiplayer for the first time.

Compared to the beta, there is an almost overwhelming amount of content to sift through and experience. From the new camo challenge system to the basic progression to the laundry list of new gameplay content, players have their work cut out for them. As a part of this dive into the content, though, players have found one specific thing they don’t like: the Santa Sena Border Crossing map.

While the map’s enjoyment level is subjective, the design of the map is interesting, to say the least. If you haven’t played or seen Modern Warfare 2 yet, then you’ve likely never seen a multiplayer map like this before. Once you do, you’ll see why a majority of players have immediately complained about Santa Sena Border Crossing.

Essentially, this map is one stretch of highway that’s littered with cars and vehicles of varying sizes. And when we say littered, we don’t mean that figuratively. While there are some outer lanes to the map, the majority of it is the highway that has all of the vehicles scattered on it. You can see the map overview below. 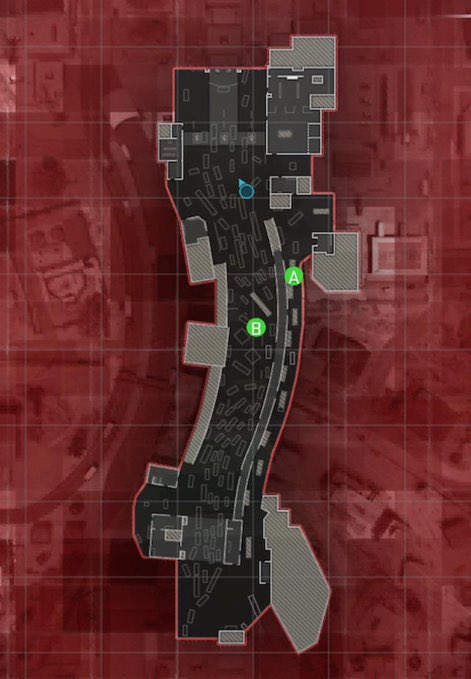 To say we haven’t seen anything like this in Call of Duty before would be an understatement. When players spawn in, they really only have one direction they can go, which is straight. While the upper spawn technically has a building in the back, it’s extremely small and doesn’t see much action, if any.

There’s also a small side bridge that runs through the right side of the highway, but it’s not too long and doesn’t impact the map much. Players can see just how congested this map truly is by watching the walkthrough below.

Players have begun to make jokes about the call-outs for this map, saying that “an enemy is by the car,” when in reality there are literally dozens of cars around players at any given time. Out of the 10 6v6 maps that Modern Warfare 2 has at launch, Santa Sena Border Crossing does not seem to be in the running for the community’s favorite.

Maybe in time, the map will grow on players, but for now, it seems to make players back out of matches immediately.