Everything to know about the high-paying tournament challenge 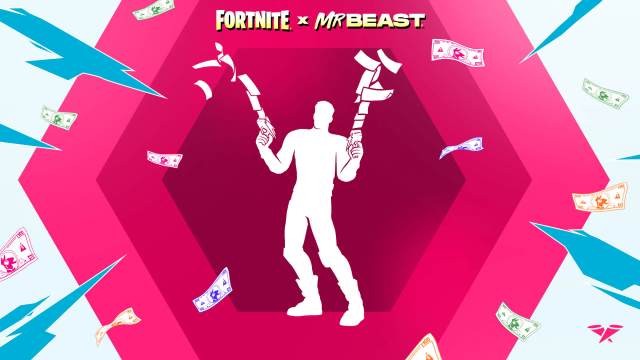 Provided by Epic Games New cosmetics like the Beast Blastin’ Emote will become available shortly before this event.

Epic Games’ hit battle royale Fortnite is continuing its series of crossovers with established influencers and celebrities. In the past, famous athletes like LeBron James and Naomi Osaka have joined the game through the Fortnite Icon Series. Now, YouTuber and philanthropist Jimmy “MrBeast” Donaldson is bringing a brand new challenge to the world of Fortnite through MrBeast’s Extreme Survival Challenge.

During this challenge, players can earn special rewards and even a large cash prize. In addition, multiple other quests and cosmetics related to MrBeast will be available for a limited time. Here’s everything Fortnite players need to know about MrBeast’s Extreme Survival Challenge.

What is MrBeast’s Extreme Survival Challenge?

During MrBeast’s Extreme Survival Challenge, Fortnite players will dodge hazards, collect coins and make their way through other “extreme challenges.” In doing so, players will aim to achieve the highest Score possible. The event will take place from 12-3 p.m. ET on December 17.

This challenge will be available on a special island, which players can access from the “Fortnite Competitive” row of the Discover screen or using the island code 7990-6907-8565. Players can head to the island as early as December 13 at 9 a.m. As a result, players should have plenty of time to practice before the main event begins.

While players can play as many matches of this challenge as they want, only their five highest-Scoring matches will count toward their final result. At the end of the challenge, the player with the highest total Score will win the grand prize: a whopping $1 million.

Only the No. 1 player in the world will earn a cash prize following MrBeast’s Fortnite Extreme Survival Challenge. Nevertheless, there are additional rewards available for top-performing players. Everyone in the top 100,000 on the Score leaderboards will unlock the exclusive golden Beast Brella Umbrella.

Two special quests will go live at the same time as the in-game island on December 13. These quests will last until January 4 at 6:59 p.m. As a result, Fortnite players need not worry about completing these quests during MrBeast’s Extreme Survival Challenge itself.

Both quests require participants to earn a certain amount of score while practicing on the Extreme Survival Challenge island. One quest will reward players with the MrBeast Gaming Spray, while another will grant them the MrBeast Survival Games Loading Screen.

Nope, it’s not clickbait! This is REALLY happening.@MrBeast in Fortnite.

In addition, both of the new outfit sets come with their own accessories. The accessories are as follows: