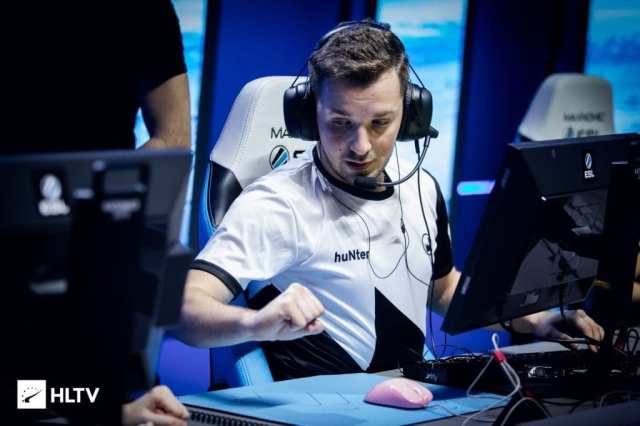 Valiance is moving on to the Europe Minor playoffs after taking down Mousesports in a 2-0 sweep. It is a huge upset that is gaining the German esports team plenty of new fans.

[email protected] surpass all expectations and sweep the series 2:0 against @mousesports

With the win they move into the playoffs 🙌 #IEM pic.twitter.com/ul8zEHh13O

Mousesports was fresh off a convincing victory over OpTic Gaming in their elimination match. They were now looking for revenge against Valiance after losing to them in the opening match. However, it looks like they might have to consider some changes after this series, as they could not find their footing throughout the two games. Meanwhile, Valiance was heading into this match looking to bounce back from a 1-2 loss against Vitality. That series was actually pretty close until the third map, where Vitality would take over the game.

Train opened up with Mousesports firing on all cylinders. The number four ranked team in the world jumped to an early 5-0 lead, looking strong as ever. It seemed like they were going to use the momentum from their win over OpTic to take over this match. However, from round six and onward, Valiance would put up a stalwart defense. After a great quadra kill from Otto “ottoNd” Sihvo to cap off the half, Valiance would head into the second half with a slim lead.

.@ottoNdCSGO with a beautiful 4K, gives us a one round advantage coming into the Terrorist side of Train.#Tier1TalentFactory #KatowiceMInor #IEM pic.twitter.com/v6EL01XO39

Again, Mousesports would open up with three quick wins in a row. Unfortunately, right as the gun rounds would begin, Valiance would storm right back. The underdogs scored six rounds in a row, and although Mouz would try to come back, nothing would work. Valiance would end up taking Train, 16-12.

Cache followed a very similar formula for Mousesports, who jumped to an early 5-0 lead on their CT side. However, like Train, Valiance would mount another big comeback. Behind Rokas “EspiranTo” Milasauskas, Valiance would fight their way tooth and nail to an 8-7 lead at the halfway mark. At this point, Mousesports fans were worried, as this scene was way too familiar. Unfortunately for them, history would repeat itself in the second half.

Confident push with SMGs as we win the first buy round of the second half! 🔥

Following a strong end to their first half, Valiance would find their confidence in the second. They would play at a wild pace, winning every single round up to match point. Mousesports simply could not handle the speed at which their opponents were playing. They wouldn’t be able to win a single round in the half, losing the map 16-8. It was a heartbreaking series for Mousesports, as they are now eliminated from the Minor, and will not get to play in the Katowice Major as well.

For Mousesports, it is a horrible day, as this will be the first time they’ll miss a Major after eight appearances in a row. The team looked uncoordinated in many moments during the series, and a possible lack of practice may be at play. Also, they were getting outdueled by some of the big guns on Valiance, like ottoNd and Nemanja “huNter” Kovač. Mouz also made a few errors even before the series started, by banning Overpass, which is a map their opponents never play.

Meanwhile, Valiance is moving on to the European Minor playoffs to face off against ENCE Esports. ENCE has been looking strong this tournament, winning against both Space Soldiers and Windigo Gaming. The Finnish team is a true up and coming squad that is gunning for an appearance at the IEM Katowice Major. We will have to see whether or not Valiance can ride the hype of their upset win to victory!