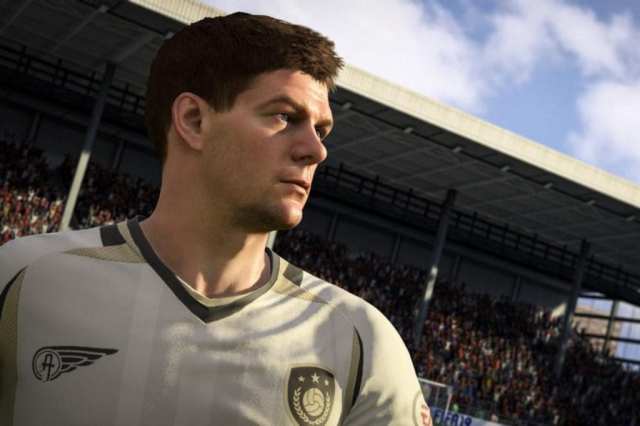 EA Sports continues to release a ton of new Icons that will appear in the new FIFA title. Bear in mind that these players will not all be accessible as soon as the game drops at the end of September. They will likely be released in Squad Builder Challenges, as well as in packs throughout the cycle of the game. Check out the EA FIFA Twitter here for updates as soon as new content goes live.

Vieri was an Italian centre-forward who made his name at Inter Milan, where he made over 140 appearances, scoring over 100 goals. This cemented his legacy by being one of the best Italian attackers of all time. His style of play was known as being quick, prolific, and opportunistic.

Vieri was in FIFA 17, among other players in this list. He was one of the lowest-rated legends in that game, meaning that a lot of players were able to test him out. They found that his strength and height allowed for easy goals coming from crosses. He may be utilized in this way during FIFA 19.

Stoichkov was a player who was well known for playing at Barcelona. In addition to this, he made over 80 appearances for the Bulgarian national team, becoming a national hero. During his career, he made 454 appearances and scored 219 goals. This was great for a striker. He was known for being very prolific in front of the goal.

He was another player who was in FIFA 17. As he is returning, people will be able to take advantage of his pace and power in the game.

Ryan Giggs was a Manchester United and Wales national team legend. He was known as the second coming of George Best in his early years. He was able to secure 672 appearances for Manchester United. This meant that he was a huge crowd favorite. He has since managed the Manchester United team, after their scare with David Moyes in 2014.

Giggs is another player who was in FIFA 17. We will have to wait to see the pace of the game; however, Giggs could easily be used around the competitive scene.

Another Manchester United player makes the list. Paul Scholes was a player who reigned for a long time with Ryan Giggs in Manchester. He was a creative midfielder who had an extremely powerful shot.

He was also featured in FIFA 17. Whilst not being fast in the game, players who like to play a passing style of FIFA will hugely benefit from his 91 passing statistics. He is also capable of long shots from outside the box, which will correlate nicely with the new Timed Finishing feature in FIFA 19.

Before venturing to England to play for Chelsea, Gianfranco Zola played for Italian teams, where he showed his skillful play type each season. When he got to Chelsea, he reigned for many seasons, scoring 59 goals in 229 appearances for the Blues.

He is another player that was low-rated in FIFA 17. So, players will be able to take advantage of his agile play style in FIFA 19. However, he is unlikely to be featured in competitive play due to the lack of physicality.

Butragueno, also known as “the Vulture,” was a player for Real Madrid in the 1980s and 1990s. He was a very pacey player who was agile, as well as prolific in front of the net. He was also a national hero, scoring 26 goals in 69 caps. This was a record that was held for several years by Butragueno.

He was another player that was removed after FIFA 17. After seeing how he performed in those games, he will not be featured in competitive play due to his lack of physicality, similar to Zola. However, he will be a fun player to use nevertheless.

Known as one of the most ruthless defensive midfielders, Roy Keane will be included in FIFA 19. The Irish centre midfielder was the captain for Manchester United for a considerable amount of years, leading them to countless Premier League titles.

Keane was also in FIFA 17 but was removed in FIFA 18 due to licensing issues. He is adding to the huge amount of Manchester United legends in FIFA. He will not be widely used in competitive play but will be a good option if players want to use a controlling midfielder in the new game.

Pavel Nedved is Czech Republic’s footballing hero. He pioneered their national ship for decades. In addition to this, he was a crucial part in Juventus’s victorious side during 2001-2009. He was able to shoot with both feet. With his ability to cross with his left foot, and shoot with his right foot, he was a player to be feared by opposition teams.

Nedved was in FIFA during FIFA 17, but he was removed in FIFA 18, along with countless other legends in the game. He will be well used in the game, with great stats for competitive play. His lower-rated cards will also come in handy to new FIFA players.

Ruud Van Nistelrooy was Manchester United’s top man when it came to goal scoring during the 2000s. This man was likely to score in any match that he played, especially when partnered with players such as Cristiano Ronaldo and Wayne Rooney. He was also a huge part of the Netherlands national team’s success in the 2000s.

He is another player that was featured in previous FIFA titles. However, with his return, we may see people use him in casual FUT. His statistics do not necessarily correlate with the competitive meta, but he could be used by players that master his style.

Klose was most well known for his performances for the German national team. He is the top goal-scorer in the FIFA World Cup with 16 goals in various years of the competition. Whilst he is less prolific at club level, he is still a legend in most football fans’ eyes.

He featured in the World Cup add-on for FIFA 18, so it was likely that we would see him feature in the next iteration of FUT. His stats look great for competitive play, with lots of pace and a good shot. We will surely see him used in the competitive scene.

Along with these new Icons being introduced to FIFA 19, we will still have all the Icons that were featured in FIFA 18. This means that there will be a huge range of legends to choose from in FIFA 19. Finally, EA is still revealing new Icons each hour on their Twitter profile. Therefore, you should expect a final round-up of all of the new Icons being announced in a future article.

Which Icons will you be using in FIFA 19? We’d love to hear what you have to say. Also, check out my previous FIFA articles here.