An update on Ranked Play in MW2 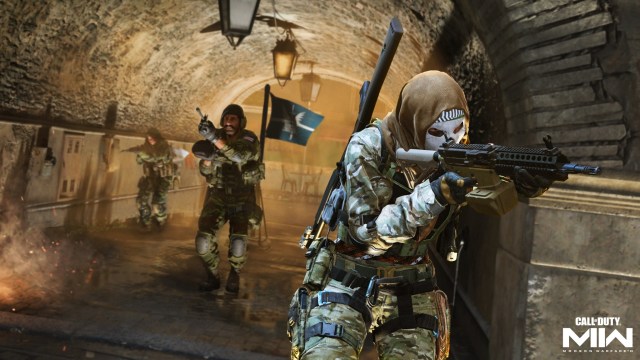 At long last, Treyarch has officially confirmed the existence of Ranked Play in Call of Duty: Modern Warfare 2. Prior to now, we had not heard anything official about the mode, but leaks indicated that it was being developed behind the scenes. Earlier today, Treyarch revealed that Ranked Play for MW2 would be arriving in 2023. The mode will likely arrive at the same time that it has for the past two years, which is around January/February. Treyarch is the developer of the Black Ops series, but it has been the lead developer on Ranked Play in COD for the past three years.

In addition to revealing Ranked Play, Treyarch also gave fans some teasers as to what they can expect from the competitive mode. This includes visible skill ratings, leaderboards, a top 250, and in-game rewards, among other things.

#CONFIRMED: Ranked Play arrives on #ModernWarfare2 in 2023, and we're working with our partners to deliver:

While fans will have to wait until 2023 to hop into Ranked Play, Modern Warfare 2 will release a CDL Moshpit mode when Season 1 arrives on Nov. 16. This mode will likely be a playlist within multiplayer that has the competitive ruleset and mapset in place. However, players won’t have any kind of rank associated with this mode — it will just be an extension of public matches. Treyarch will release more details on that closer to Season 1.

With this announcement, Treyarch stated that Ranked Play in both Black Ops Cold War and Vanguard will be retired on Nov. 22. That means players will no longer be able to play Ranked in those games. Moving forward, Modern Warfare 2 will be the only Call of Duty title with a Ranked playlist.

We should hear more information about what the official Ranked Play mode will bring and when it will arrive sometime in early 2023. Until then, fans can continue their camo grind in MW2 and hop into the CDL Moshpit mode starting on Nov. 16.