A contested aspect of multiplayer has players questioning its very existence 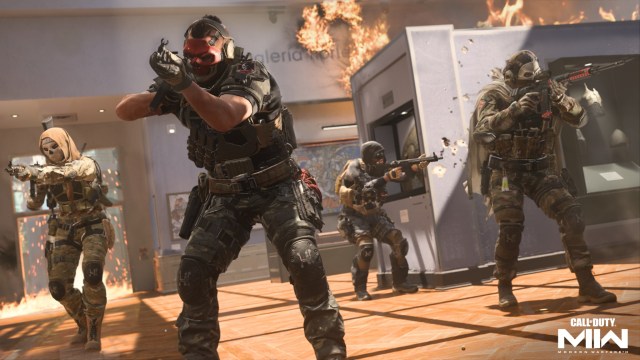 Perk Packages are one of the many changes that developer Infinity Ward has implemented in Call of Duty: Modern Warfare 2’s multiplayer.

Essentially since the start of Call of Duty’s reign over the FPS shooter genre, perks have worked more or less the same. Players could choose a set number of perks for each of their classes, with each perk offering a different benefit. While changes like the Pick-10 system altered how players picked their perks, players always had options when it came to the system. However, in Modern Warfare 2, the Perk Packages have taken away some of that freedom.

The way Perk Packages work is players get to choose two base perks they will have unlocked for an entire match. They can then select two other perks that will be unlocked over the course of a match, with one perk coming later than the other. Players are able to unlock the perks faster if they get kills, secure objectives, etc. When this new system was announced, many players were confused about why Infinity Ward decided to make this change. Perks have never been subject to complaints from the community, so many felt this was the developers making a change for the sake of saying they made one.

However, over the course of the beta, the feedback from the community over the Perk Packages got even more negative. A vocal crowd of players voiced their distaste over having to unlock two perks throughout a match, especially when those perks are so powerful. For example, Ghost is in the perk category that gets unlocked last. This means that for multiple minutes at the start of a match, players have no way to counter an enemy UAV aside from shooting it down with a launcher. This makes the UAV killstreak incredibly unbalanced.

To try and make up for that imbalance, Infinity Ward made a change to the Perk Packages during weekend two of the beta. This change essentially cut the unlock times for the perks in half. The Bonus Perk — the first one players unlock — now only takes two minutes to unlock instead of four while the Ultimate Perk takes four minutes instead of eight. While this certainly improves a player’s experience in a match, community members are now asking why Perk Packages exist.

Since they unlock so quickly during a match, what’s the point of having an unlocker timer at all? Players can unlock their perks extremely quickly if they’re getting kills for the first two or so minutes of a match. It’s basically like having them unlocked normally, but still having to wait an arbitrary minute or two. YouTuber PrestigeIsKey tried to make this point in their newest video, which went over why Perk Packages are essentially useless with the new unlock timer.

Infinity Ward has to comment on the new feedback from players. However, it doesn’t seem likely the developers will scrap this system altogether, despite community members coming up with creative ways to work around Perk Packages. We’ll have to wait and see if any more changes to the system will be made for the launch of Modern Warfare 2.