A reimagining of a classic Call of Duty map 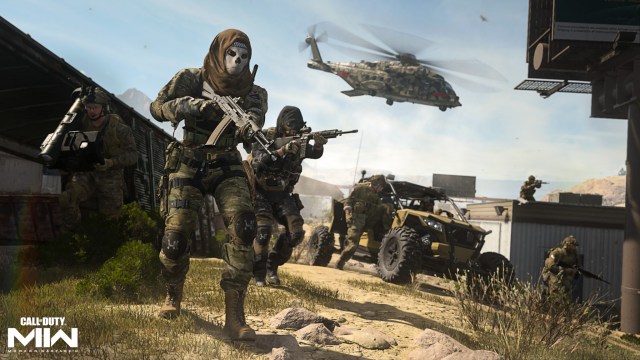 Easter eggs have become a staple of the Call of Duty franchise. Whether it’s developers finding a way to include some references to pop culture or hinting at future games in the series, there’s always an easter egg or two found in a new Call of Duty title. Modern Warfare 2 appears to be no different, as fans have already discovered an easter egg on one of the new Ground War maps. The hidden secret that fans found was a reimagining of the Strike map from the original Modern Warfare 2 (2009).

Veterans of Call of Duty will likely recognize Strike instantly. While the map was originally introduced in the original Modern Warfare (2007), it was brought back two years later for MW2. It appears that the developers at Infinity Ward took inspiration from the MW2 version for their newest game.

The Ground War map Sa’id has a house that looks identical to the main house featured on Strike. One player even went so far as to directly compare the two houses in both versions of Modern Warfare 2, which can be seen below.

The house on Sa’id is clearly a direct reference to the Strike map. While there are some differences, such as layouts of rooms or smaller assets like wall art or chairs, the design is nearly identical.

This doesn’t mean that Strike is returning in Modern Warfare 2 multiplayer, but the developers could be hinting at that possibility. In all likelihood, this was simply an easter egg to reference the developer’s old map from the original MW2. We saw something similar in Black Ops 3 with the map Infection; one of the walls on the map is an image of Carentan from World at War, a map in one of Treyarch’s older games.

Regardless of the impact this could have on Modern Warfare 2, it’s a neat easter egg that brings players back to simpler times when they would load up a match on Strike.