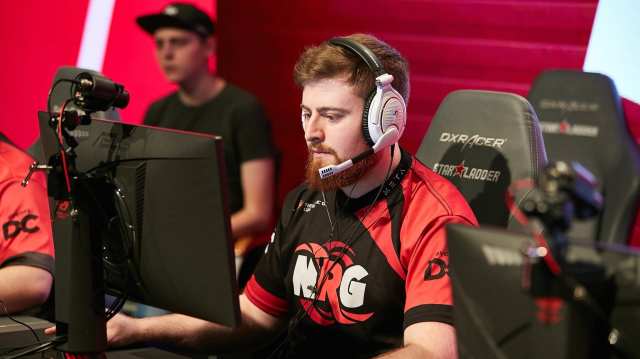 After an absolutely dominant showing today, Misfits have swept G2 Esports to move on to the EU LCS Playoff Summer Semifinals.

Misfits were coming off of a very up and down season. They would not lose a game until week five, and suddenly they would go 2-7 for the rest of the split. They do have a bit of a weakness with their mid laner Chres “Sencux” Laursen, which other teams can exploit. On the other hand, their bottom lane is the complete opposite, with Steven “Hans Sama” Liv playing some of the best League of Legends of his career. They do seem a bit shaky at times in the mid to late game, due to their lack of experience. However, they are still one of the better teams in the EU LCS and they can be dangerous when on their game.

G2 Esports have a huge reputation to uphold, having won multiple EU LCS championships. They have never missed an EU LCS Finals before, and they have always gone to Worlds. This season might have been their shakiest split yet. They would make very uncharacteristic mistakes, and lose against some unlikely teams. However, after losing to Fnatic last spring, the perennial European champs were looking for redemption. They still boast one of the best rosters in the region, with Luka “Perkz” Perković manning the middle.  Add in one of the best junglers in the west with Marcin “Jankos” Jankowski, and you have the recipe for a great playoff run. Will they be able to continue the tradition of G2 Esports in the EU LCS Finals?

In game one, it was all about Sencux and the global pressure he could apply with Twisted Fate. Also, a couple solo kills by top laner Alphari on G2 top laner Wunder would not hurt either. They would push and pull G2 all over the map, with Sencux picking up multiple kills on Wunder. This would slowly snowball a lead for Misfits into a Baron pick up. Finally, they would end the game in 35 minutes.

Game two was looking way better for G2 Esports, with the team taking an early lead with turrets and farm. However, after repeated ganks on Perkz in the mid lane and various picks across the map, Misfits would again take an early Baron. Afterward, they would eventually wear down G2 for the victory.

Finally, game three would roll along with G2 Esports’ backs against the wall. However, Misfits would bring out Hans Sama’s classic Draven pick. As a result, the team would focus a lot of resources into the lane, allowing the Draven to collect first blood and multiple solo turret gold. This would lead to an unstoppable late game hyper carry in Draven, that G2 could not stop anymore. Hans Sama would take over the game, and give Misfits the playoff round sweep.

This was a statement game for Misfits, who were looking pretty weak going into the playoff race. They now head towards the semifinals against Fnatic with a head of steam. Fnatic still are the favorite for the whole championship, but the Misfits should put up a decent fight. As for G2 Esports, they miss the Finals for the first time in their history. They now need to fight through the European Regional Gauntlet to have a chance at Worlds. It has been a tough end to a tough year for G2, who lost to Fnatic last year and won’t even be making to the Finals this year. There may be a few changes in store for them if they don’t make it to the World Championships.

What do you think of Misfits’ victory against G2 Esports? Let us know your thoughts in the comments below! If you want more EU LCS playoff content, check us out here!