Misfits takes down Fnatic in LEC Match of the Day - Upcomer

Misfits takes down Fnatic in LEC Match of the Day 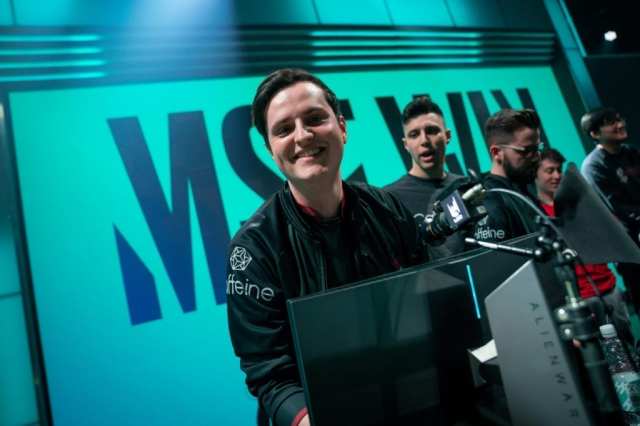 Misfits continue their strong play in the LEC Spring Split by taking down the 2018 Worlds Finalists, Fnatic. They were able to defeat them in 33 minutes, after a relatively lopsided game.

#MSFWIN@MisfitsGG crush @FNATIC in the #LEC Match of the Day! pic.twitter.com/wakosugwHD

Fnatic is coming off of their first win of the LEC Spring Split against Rogue. Granted, winning against Rogue isn’t an impressive feat, as they are the worst team in the league at the moment. They still have a lot of work to do in terms of team coordination and synergy. Their first win was still really messy, and shouldn’t be considering their competition.

Meanwhile, Misfits are looking like one of the best teams in the league. Aside from a few hiccups against G2 Esports and EXCEL Esports, they have been taking down their opponents with ease. They did lose against EXCEL Esports the day before, but they should be able to regroup and focus on their own game for this matchup. Their ADC, Steven “Hans Sama” Liv, has been a major force for the team like last year. Many of their early victories were because of him, so look for Misfits to run their offense through him this year.

Misfits would play a slow, controlled style of play for the entire game. However, many people saw that Fnatic might have lost the game straight from the draft phase. They would pick three losing lanes, while also picking up Zac for Mads “Broxah” Brock-Pedersen. Meanwhile, Misfits had a strong composition made up of a power bottom lane in Kalista/Alistar. They also had Paul “sOAZ” Boyer on the Urgot against Gabriël “Bwipo” Rau’s Sion.

It would take 33 minutes, but Misfits would be in the lead the whole time. They would play an excruciatingly dominant game, where they would constantly win team fights against Fnatic. Meanwhile, Fnatic looked out of sorts again. The team kept taking bad fights and looked out of sync throughout the game. They were pushed and pulled around the Rift by Misfits’ great macro play. Hans Sama would end with a 4/1/6 scoreline on Kalista, while SOAZ would take his revenge on his old team with a 5/0/6 scoreline.

For Fnatic, this looks like a tough season so far. They have only won one game in the first three weeks of the LEC Spring Split, and haven’t looked strong at all. As Bwipo said, they have not found their identity as a team after losing their mid lane superstar, Rasmus “Caps” Winther. Their replacement mid laner, Tim “Nemesis” Lipovšek, has been playing reasonably well, but he doesn’t bring the same pressure that his predecessor did.

As for Misfits, they are looking very clean. The carry potential from bottom lane combined with the experienced play of sOAZ is so strong. Their game plan is very clear, and it is also very hard to stop. Their ability to snowball leads is almost unparalleled in the LEC and should be a team to watch for the European crown. They look forward to facing Schalke 04 and Splyce next week!

What are your thoughts on Misfits taking down Fnatic in the LEC Game of the Week? Let us know what you think in the comments below! If you want more LCS coverage, check us out here!