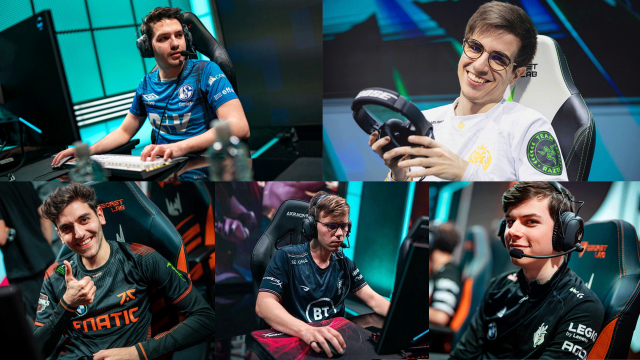 Each League Of Legends European Championship team has now played each of its competitors once as we hit the first half of the summer split. This split has already been full of surprises, with former LEC Champions, G2 Esports, tied with Astralis, who ended last split in tenth place. Those unexpected results also make it harder to define who are the standout players of this split so far.

While professionals or statisticians may have very different methods for ranking players, Upcomer ran a poll on Twitter where LEC fans got to vote for who they think the best players are in each role; here are the results, pulled from over 3300 votes.

Odoamne, Elyoya and Nisqy were clear favorites in their role, as they each collected more than 35% of the votes. Meanwhile, some players barely made the list, as Trymbi and Zdravets “Hylissang” Iliev Galabov only had a difference of one vote.

Despite being first and seventh respectively, Rogue and G2 Esports both managed to field four players in our rankings; MAD Lions quickly managed to get two players back into the first team due to their improved results in this split. Comparing this theoretical first all-pro team with last split’s official team, only Odoamne remains on the roster — the rest have all been shuffled out.