TYLOO and Renegades are back, while Sharks Esports are making a return to the international stage 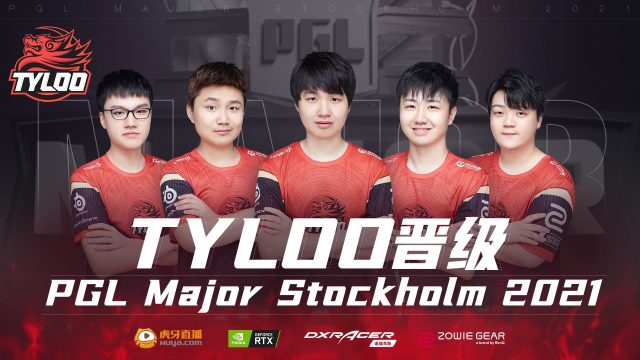 The minor regions — South America, Asia and Oceania — only send one team each to participate in the major. Back-and-forth regional battles sifted the wheat from the chaff and what we’re left with is the best team from each of the three continents. None of these minor region teams are expected to make deep runs at the PGL Major Stockholm 2021, but that will just make any successes they do find all the more sweet.

Out of the Asian region comes TYLOO. The perennial major qualifiers were pushed to their limit this year as they fought off rivals Vici Gaming, who looked hungry for the spot. Despite strong showings, ViCi Gaming fell short at IEM Fall where they were beaten not once, but twice by TYLOO in 2-0 then 3-0 sweeps.

TYLOO have been the face of Chinese Counter-Strike for more than a decade. The major just wouldn’t feel the same without them. That said, the roster itself has a new look from when last we saw them on the international stage at StarLadder Berlin 2019. ZhengHao “DANK1NG” Lyu, who’d been on and off the main roster for awhile, will get to attend his first major, as will Kelun “SLOWLY” Sun, who was signed in mid-2020.

Yet another perennial major qualifier, Renegades are Oceania’s foremost organization. They too were pushed by a regional rival — ORDER — but came out on top in the Regional Major Rankings to clinch their spot. The core of Renegade’s roster from the Starladder Berlin Major were acquired in 2018 by 100 Thieves, where they had a lot of success, and then by EXTREMUM, where they had less success. The roster that Renegades now field previously belonged to the org Grayhound Gaming. While they don’t exactly have a ton of Tier 1 CS experience, the team also doesn’t have any wet-behind-the-ears rookies either.

It’s impossible to talk about this Renegades roster without acknowledging Joshua “INS” Potter, the team’s In-Game Leader and biggest fragger. INS was instrumental in the Oceanic squad’s regional success. And, if the team is going to make a Cinderella run at the PGL Major, he’s one player who will be playing phenomenal CS.

While Renegades and TYLOO have become synonymous with their regions, Sharks have usurped the South American throne from MIBR. Sharks are an organization that has largely flown under the radar in international competition throughout recent years. With the decline of MIBR, they’ve seized the opportunity to attend the PGL Major. It will be the first major for all five of the team’s players. They will join 16 other Brazilians — Brazil being the country most represented at the major — in competing for a chance at glory. Expectations are not high for this roster, which means any wins will be hard earned.