The many benefits of Pink Mercy - Upcomer

The many benefits of Pink Mercy 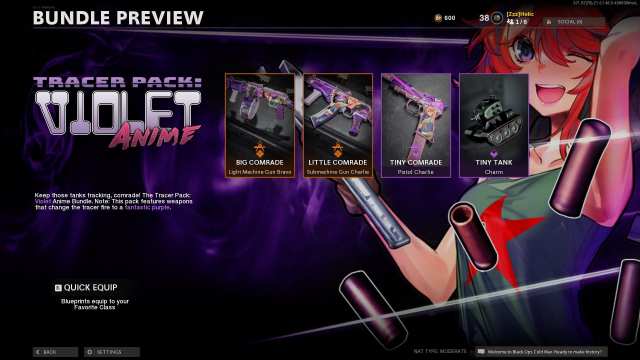 The release of the Pink Mercy skin was a one-of-a-kind time for Overwatch. This short time between May 8th and 21st  focused on the first-ever skin you can specifically buy, but for a very good cause. This new skin was aptly named Pink Mercy, with all proceeds from the purchase of the skin going towards the Breast Cancer Research Foundation (the BCRF). To incentivize purchase and to make a significant donation, Blizzard set the skin to a $15 USD purchase price. Not only that, but they put their own donation into the BCRF at the same time; a guaranteed minimum of $250,000 USD.

As of writing this article, the time to get Pink Mercy is over, but let’s look at what happened.

Was the skin worth the money?

In simple terms, yes. Donating $15 to a great charity like the BCRF is worth it alone, but the reward of this skin is a great addition. The change of hairstyle, the pink clothing and colour to all her abilities, and the added sound effects make the skin unique. Not to mention that the timeframe and cost leave an air of rarity for the skin. People who didn’t log in during this time and didn’t see this limited time event can’t get this skin. The game didn’t only have the skin added to it though. People who logged in during this skin’s event also got a free rare spray.

There was also the incentive of a charity stream. Blizzard had endorsed charity streams from Overwatch content creators be broadcast on the Blizzard App. People who watched more of those streams would get more in-game content based around Pink Mercy, such as a new player icon or more rare sprays. They even stretched the event to their clothing, making a limited time Pink Mercy shirt. That rare shirt sold for $30 USD with all proceeds still going to the BCRF.

What does this mean for the future of cosmetics in Overwatch?

A lot. Not only was this event the first ever purchasable skin, but was also the first every charity event for the game. Blizzard did this event for mother’s day (May 13), but with the response from the community to it was amazing. As of now, we know from the Overwatch twitter, the Pink Mercy donations were very close to the $10 million USD mark. This was much larger than the minimum that Blizzard was going to donate anyway.

This is a standout act of kindness from this gaming community. I think this is going to lead to future charity events in Overwatch with other incentives. It could be another unique skin, but maybe it could be more. Much like how Pink Mercy gave us a skin, sprays, and icons, maybe it can lead to more in-game content. Emotes and voice lines are two venues still not done for charity yet. The possibilities are immense. The good cause of donating to charities is something a community like Overwatch has now shown to be happy to do.

Now, if you are someone who missed this event and wanted the skin, you’re not in luck. That doesn’t mean you can’t still be part of this event, as the BCRF are still looking for donations as the leading breast cancer organization in the United States. If you want to assist, please donate to them at bcrf.org.