Magic: The Gathering War of the Spark prerelease primer

Magic: The Gathering War of the Spark prerelease primer 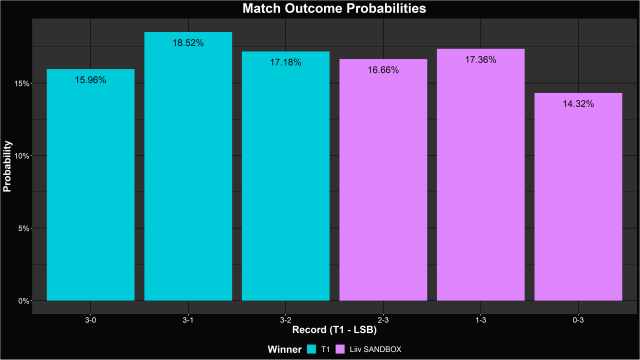 Wizards of the Coast has finally completed all of their Magic: The Gathering War of the Spark spoilers. With all of the cards in the set spoiled, the next major event is prerelease next weekend. We at Daily Esports wanted to give you a primer to help get you ready for the event. We will talk about what to expect at the event and how to build the best deck from your pre-release pool.

The first thing to cover is what prerelease looks like. Prerelease events take place at local game stores around the world and offer the first look at the set.

When you enter a prerelease, you will be given a prerelease kit. Each kit contains the following pieces: 6 booster packs (from the set that is being released), 1 promotional pack (with a rare or mythic card of the set), a spin-down 20-sided die, and a small pamphlet on how to build a prerelease deck. The most important pieces are the booster packs and the promo pack.

The promotional pack for War of the Spark is different from the typical promo pack where it actually contains two cards instead of just one. The pack will have the aforementioned rare or mythic card but will also contain one of the 36 Planeswalkers from the set. The six booster packs will be a typical War of the Spark booster pack. The booster packs each will contain at least 1 Planeswalker as well. In combination, your prerelease pool will contain 92 cards, at least seven of which will be Planeswalkers.

How to build a deck

At prerelease, you will be required to build a 40-card deck for the event out of the cards in your prerelease pool. To help explain the process of building a good deck, we will utilize a draft strategy called “BREAD.” While it is normally used to help decide which cards to choose during a draft, the same concept can be adapted to help build your deck. BREAD stands for “bombs, removal, evasion, aggro, duds.”

A bomb is a card that has huge impact when played. This normally manifests as a large creature, powerful spell, or game-changing artifact. Some examples of bombs in War of the Spark are Ilharg, Nicol Bolas, and Widespread Brutality.

When building your deck, having two or three bombs as win conditions is recommended. Bombs will help you find the direction of your deck and will focus you to the colors of your deck.

Removal cards are the ones in your deck that will help with dealing with threats to your victory. Removal comes in a wide variety of styles, but the main type of removal is killing creatures. War of the Spark brought about a lot of different types of removal like Casualties of War, Vraska’s Finisher, and Callous Dismissal.

There are a lot of ways to remove threats from the game. Counterspells are also considered a form of removal. Your 40-card deck should include five-to-seven forms of removal.

Note: While most removal spells destroy a permanent, many people believe that exile or spells that shuffle the card into the deck are more effective.

Evasion is one of the hardest pieces in the BREAD formula to pin down. The main focus of evasion is finding ways for your creatures to get free damage in on your opponent. The other way evasion can manifest is any way that your cards can avoid being destroyed by your opponent. Shriekdiver, The Wanderer, and Lazotep Plating provide excellent examples of evasion spells for your deck at prerelease.

One of the most important things to focus on is being able to deal damage to your opponent. As the main form of winning the game, combat damage that is hard to prevent will be heavily important to most decks. Consider putting five-to-10 evasion spells into your deck to get that free damage.

On top of evasive creatures, fast creatures really shine at prerelease events. This brings us to the aggro or aggressive cards for your deck. An aggro strategy focuses on getting in quick and consistent damage on your opponent. Creatures with haste are the truest form of aggro. Great aggro cards from War include Bond of Passion, Dreadhorde Butcher, and Samut, Tyrant Smasher.

Aggro strategies usually produce results well at events like prerelease. Their fast and continuous damage puts the other player on a clock early, and if they cannot find a way to quell the aggression, you will most likely win.

Duds are cards that don’t impact the board or cost too much for what they do. In a draft, dud cards are often passed until they are the last card to pick. In prerelease you don’t have the opportunity to pass up cards, but duds will still find their way into your pool. War of the Spark has very few dud cards overall, as each card has its place in certain decks. For prerelease, think of dud cards as cards that don’t fit your colors or deviate from your current strategy.

If you followed the strategies set forth in the BREAD method, you should find yourself with around 22 cards that will make up your prerelease deck. The next stage is to add lands to the deck to fill out the rest of the 40 cards. The most common amount of lands in a 40-card deck is 16-18.

To complete your deck, first split your chosen cards into their colors. Once this is done, find the ratio of color pips in the mana costs. You can then relate this ratio to the 16-18 lands and finish your deck.

Don’t be afraid to lose and adapt. The best way to improve is by learning what weaknesses your deck has. The prerelease format allows you to use your entire pool as your sideboard, so if you do find yourself on the losing end of a match, change out a few cards.

Secondly, keep your deck to two or three colors. Your pool will include many cards you think will be powerful and fun to play with. Focus your deck around the colors of your bomb cards and wait until later to use those other cards.

Finally, just have fun. Prerelease events provide an environment for you to try out new cards and have fun playing Magic with others. Everyone wants to win their games, but taking an event too seriously could hurt the experience for you and others.