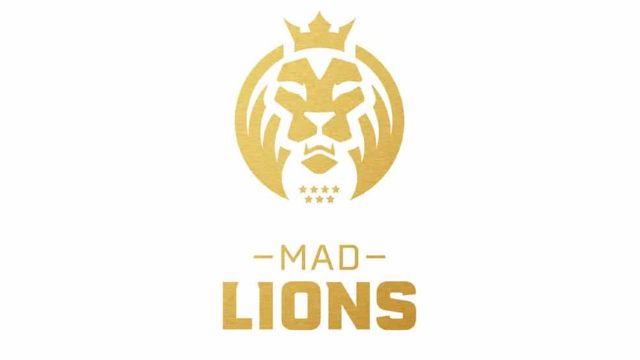 Provided by MAD Lions Velarde has since deleted the original tweet, which called for a substitute to be brought on in place of Carzzy.

Luis Miguel “Revenant” Amor Velarde, who claims to be an owner of the MAD Lions, made a post on social media Sunday criticizing MAD bot laner Matyáš “Carzzy” Orság performance at the 2021 League of Legends World Championship that sparked backlash against Velarde. The original tweet has since been deleted, but screenshots and a translation have been provided.

MAD Lions reacted to the social media fervor late Sunday with a statement clarifying that Velarde is not part of the MAD Lions ownership group but rather a “content provider” for the organization and that he has no managerial duties with the company. MAD Lions as an organization has multiple ownership interests, including OverActive Media, which also houses subsidiary esports orgs in the Overwatch League’s Toronto Defiant and Call of Duty League’s Toronto Ultra. The statement did not offer any clarification of what Velarde does as a content provider, and Velarde still identified himself as a team owner at the time of the statement.

“We’re incredibly proud of our team’s performance at Worlds 2021 and throughout the entire season,” MAD Lions said in a statement. “We support all of our players, including Carzzy, who was a big part of our success. The disparaging conversation started earlier on social by Revenant, one of our content providers, is misleading. He is not part of the ownership group or management and does not speak for MAD Lions or OverActive Media. We count on our partners to work collaboratively with us and share our disappointment around Revenant’s comments with our fans.”


Earlier Sunday, MAD Lions were eliminated from Worlds 2021 in a 3-0 loss to South Korea’s DWG KIA in the quarterfinals. While Velarde offered praise for jungler Javier “Elyoya” Prades Batalla and support Norman “Kaiser” Kaiser, he suggested that substitute bot laner Victor “Flakked” Lirola would have been a better fit for the main roster and for Worlds.

“I feel sorry seeing Elyola like that, he has to carry them on his back alongside Kaiser,” Velarde said in the original tweet. “I keep thinking that Carzzy doesn’t have the level, but he gives the team things that they consider important. It’s clear for me that I’d put Flakked in the starting roster, but I don’t decide anything related to those things.“

Carzzy replied to the initial tweet with a simple “lol” in response.

Velarde then followed up on his original now-deleted tweet with another statement clarifying his willingness to delete the comment and apologize to Carzzy.

“Clearly my tweet about Carzzy has bothered [everyone], so I have zero problems in deleting it and I ask for your forgiveness,” Velarde said. “The last thing I wanted was to lose any respect towards him or his teammates or the year they’ve done. Don’t look into it too much as I’ve already DM’d him. ”

The initial post sparked outrage from various members of the League of Legends community in the comment section of Carzzy’s response.

Interviewer and host Laure Valée and other members of the League of Legends European Championship broadcast spoke up to show their support for Carzzy and disdain for Velarde’s initial post.

We support you, Carzzy

Sorry if this tweet seems disrespectful. I didn't mean to disrespect. XD pic.twitter.com/g9e3C2Ol04

MAD Lions Academy coach  Jesús “Falco” Pérez Rubio spoke out condemning Velarde’s comments while acknowledging that behavior like this has become too commonplace in the Spanish-speaking LoL esports world.

“There are things that are said in the scope of the Spanish esports bubble that have a pass because outsiders do not understand Spanish, that it would be unthinkable to read or listen to in the international community,” Falco said. “Things like CEO’s calling player subnormal on talk shows, casters doing racist jokes, club owners criticizing their players on Twitter etc. I think it is time that we take things more seriously if we want to evolve a little.”

On a live stream, Revenant further elaborated on the sentiment expressed in his comments. Dot Esports reporter Pablo “Bloop” Suárez provided a translation of the original clip on Twitter.

Words from Revenant, MAD's co-owner on his stream

“By the way, I posted a tweet today talking about that for me, in my opinion, we should make Flakked the starting ADC in the LEC team and take out Carzzy. I don’t think Carzzy is very good or is not on his best level… I think Carzzy has no level right now. The thing is that everyone complained because apparently, I can’t say that because I’m a MAD Lions owner, I can’t say that… Well, I can say that and whatever I want.”

Carzzy commented again on the situation on his personal Twitter.

I cant believe how stupid some people are. It just doesnt make any sense to me XD

“I can’t believe how stupid some people are,” Carzzy tweeted. “It just doesn’t make any sense to me.”

Velarde has yet to respond. The 19-year-old, Carrzy who Dot Esports reported is considering entering free agency this offseason, bounced back a short while later to say he’s not letting Velarde’s comments drag him down.

“It doesn’t matter what someone who doesn’t have a single clue about the game says, I am not going to feel down, because someone such as [Velarde] said something like this. Just stay happy. Don’t let other people get you down. I love MAD.”

my friends dont be too mad, it doesnt matter what someone who doesnt have a single clue about the game says, I am not going to feel down, because someone such as @G4G_Revenant said something like this. Just stay happy. Dont let other people get you down. I love MAD.