Ludwig is more than willing to ‘burn money’ to support esports 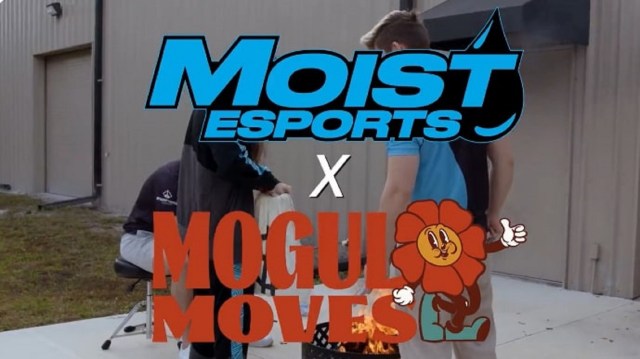 Screengrab provided by @MoistEsports via Twitter Ludwig and MoistCr1TiKaL feign throwing stacks of cash into a fire.

The announcement came less than a week after Ludwig commented on the feasibility of making money as an esports organization, noting how Moist Esports packages and sells itself and its team members to sponsors. He then came to the conclusion that a creator-owned organization has the best shot of making money in the esports space.

Even so, profitability does not seem to be an immediate concern for Ludwig. He has openly discussed how he typically loses money when he hosts a large Super Smash Bros. tournament or other event. On an episode of Ludwig’s podcast, “The Yard,” Ludwig and his fellow hosts even celebrated that the Mogul Chessboxing Championship was “really close” to making a profit.

Charlie “MoistCr1TiKaL” White Jr., the namesake for Moist Esports, seems to have a similar mindset. In their Moist Esports announcement video, Ludwig and MoistCr1TiKaL poked fun at their tendency to lose money on esports projects.

“Okay, I get it,” Ludwig said in the announcement video. “Moist is super successful, you don’t have any crypto sponsors, but don’t you have to burn a lot of money to win that much?”

More about Ludwig and Moist Esports

MoistCr1TiKaL founded Moist Esports alongside Matt “SuperSpicyMatt” Phillips in August of 2021. At first, they signed only a single player, Super Smash Bros. Ultimate Roy main Kola “Kolawole” Aideyan. Since then, they have added several long-term members to the team, along with temporarily supporting Enrique “Maister” Hernández Solís.

Alongside Kola, the following Smash Ultimate players are currently part of the organization:

In addition, the organization sponsors a single Melee player, Kurtis “moky” Pratt. Of course, given Ludwig’s extensive history with the competitive Melee scene, it would not be surprising if more Melee players join Moist Esports now that Ludwig is part of the team.