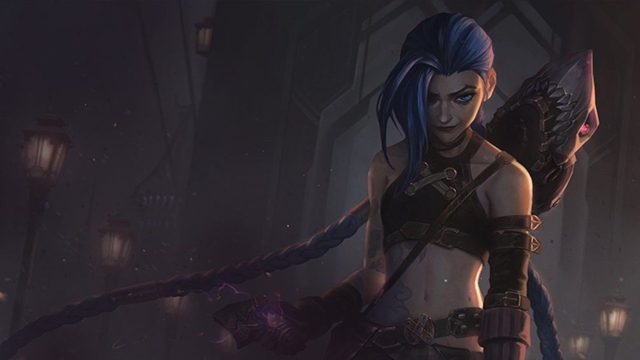 League of Legends Patch 11.23 marks the beginning of the 2022 preseason and will go live on Tuesday. This patch contains several changes that will shake the meta in the weeks to come. These include two new drakes, six new items as well as 24 item updates, objective bounties and three rune changes.

Furthermore, LoL Patch 11.23 will bring back the Ultimate Spellbook mode with some improved features and jungle changes. The patch also comes with more Arcane themes and events as well as nine new skins. Arcane Caitlyn and Jinx are among these new skins and they will arrive in-game on Nov. 22 and Nov.24 respectively.

Already, Riot Games has revealed most of the 2022 preseason changes and how they will work. However, improvements to Ultimate Spellbook, Arcane thematic updates and new events are part of the additions to Patch 11.23.

The LoL patch 11.23 comes with the Hextech and Chemtech dragons, and their buffs, souls and terrain effects. The selection rate of the Chemtech and Hextech Rifts will be temporarily doubled in this Patch. This will allow players to try out the dragon souls and new map changes more easily.

The Ultimate Spellbook returns to League with some changes. Patch 11.23 adds a number of new ultimates to the pool of Ult-ernate Summoner spells, champion select bans and an auto-smite feature for junglers. The game will also have special interactions with the new Chemtech and Hextech Drakes.

There will also be a new jungler starter item called the Obsidian Edge only available on Ultimate Spellbook. The item grants the same effects as a Hailbade and Emberknife, but triggering auto-smite five times consumes the item and grants all of the item’s effect permanently. It also increases this auto-smite threshold and damage to 900.

LoL Patch 11.23 will bring new Art and Sustainability updates to Caitlyn and visual effects and sound effects changes to Jinx and Jayce. The three stars of “Arcane” have received more attention from Riot after their successful series debut. Caitlyn received voiceover changes as well as sound and visual effects. Also, all the champion’s eight skins have been completely modernized. Caitlyn’s splashes are also different, with some undergoing complete reworks. Jayce and Jinx have also undergone modernization for clarity and thematic purpose.

Lastly, LoL Patch 11.23 will also introduce the Ixtal-themed Clash that begins on Nov. 15. The tournament will hold from Nov. 20 and team formations for the second week will occur on Nov. 29. The Ixtal Clash event is not part of the normal Clash season so players will be allowed to earn Ixtal rewards without it affecting their Clash VP track.