Team Liquid vs Thunder Awaken will be cemented in history 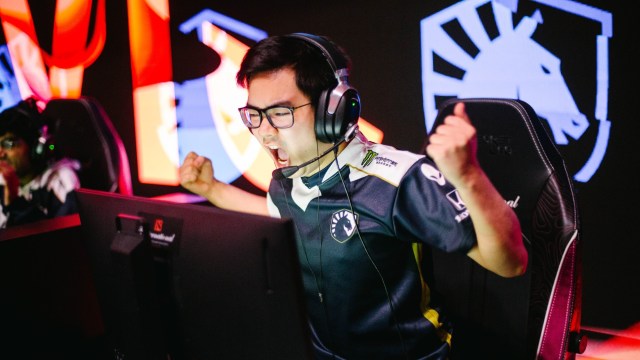 On Saturday night, Liquid and Thunder Awaken played one of the best series the International has ever seen. Dota fans everywhere were locked onto their screens as the two lower bracket teams fought it out for all three games in a back-and-forth barn burner that will be remembered for years. However, the rest of the series reminded fans why the International is known as Dota’s Christmas.

On the final day of the main stage playoffs, the schedule had four elimination series ready for fans to enjoy. The last series of the day between Liquid vs Thunder Awaken was an elimination match for the ages. On one side, the current iteration of Team Liquid, fighting to move on for their carry player Lasse “MATUMBAMAN” Urpalainen, who will be retiring at the end of the tournament. On the other side, Thunder Awaken; the only remaining South American team fighting for the highest place the region has ever had in an International.

In the first game, Thunder Awaken came back from being down mega creeps — the second mega creep comeback in the history of the International. The second game, Team Liquid took down Thunder to even it up. In the third game, the teams went back and forth for 50 minutes. Just when it looked like Thunder Awaken was going to end Liquid’s run at the International 11, a final fight where Michael “miCKe” Vu’s Pangolier was able to survive on one HP before getting healed. With a wasted Black Hole on Micke, the rest of Team Liquid was free to run rampant on Thunder Awaken’s backline and completed one of the best series in the history of the International.

The last match of the series of the day was between Thunder Awaken and Team Liquid. After a 1-2 score, Team Liquid became the last team to qualify for the Finals Weekend. #TI11 pic.twitter.com/nVyOQRcRyX

Other eliminations from the International 11

Three other teams also saw elimination during  Saturday’s competition; Liquid eliminated OG Esports in quick fashion before they met up against Thunder Awaken, and PSG.LGD eliminated Beast Coast, only to have their Chinese brethren, Aster, knock them out of the tournament. Beast Coast made history along with Thunder Awaken by making it the furthest of any South American team at The International. PSG.LGD go out with Team Spirit and neither of last year’s finalists will compete for the Aegis of Champions anymore. Even sadder, it was Zhang “Faith_bian” Ruida’s final match as a professional; the PSG.LGD offlaner will be retiring at the end of the season.

PSG.LGD left Group A with a 12-6 record, but fell from the Upper Bracket against Team Secret. After taking Boom Esports and beastcoast out of the tournament, they were ultimately defeated by Team Aster. #TI11 pic.twitter.com/BRRY6tTfgu