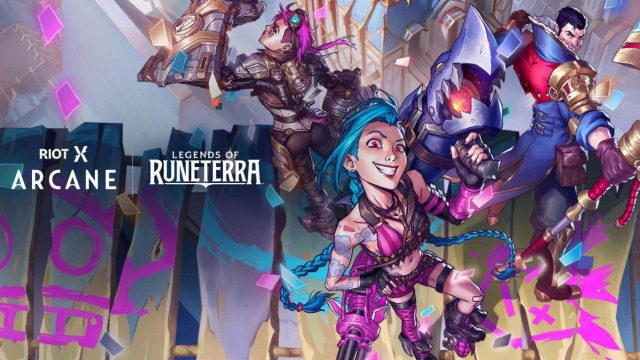 The Riot Games’ card game Legends of Runeterra has revealed a new PvE adventure game mode, featuring content linked to the new show “Arcane” on Netflix. This game mode, named Path of Champions, arrives on Nov. 10 at 1 p.m. EST alongside an event to celebrate. The Path to Champions event ends on Dec. 8 at noon EST, but the game mode will stay and will have new content added in the future.

This event includes an event pass, with up to 35 different rewards available. These rewards include new emotes, icons, guardians, card backs, skins, a new board plus more to be announced. The game’s new rewards and skins include “Arcane” characters in Ekko, Vi, Jinx, Caitlyn and Jayce.

One of the new cards added to the game is Jayce himself, as the newest champion of Piltover. Much like his mechanic in both regular League of Legends and Teamfight Tactics, Jayce will switch stances with his Hextech weapon in Runeterra. This allows him to be played as either a Quick Attack or Challenger unit in-game. He levels up after playing 6+ cost spells and after Level 2, is able to double cast them.

This PvE also introduces an easier tutorial experience for new players, easing them into the gameplay. Along with this new adventure mode, a new deck bundle is also added to the store. The “That Magic Touch” bundle is available in the Store for 3202 Coins, centered around Jayce and Nami, as well as the Gilded Jayce skin itself.

The Path of Champions Event Pass is available in the Store for 975 Coins, featuring a lot of new content coming from the event. Also, a purchase of this pass before Nov. 23 includes 10 Hextech Marbles and a Rare Prismatic Chest. This event pass gives access to a better event path with extra rewards and unlocks the Hextech Beast Guardian. All these rewards can be viewed on the Event rewards road in-game.

Playing the game will reward more Hextech Marbles, as well as other rewards.