Leaker claims Vanguard does not currently include the Trophy System

Leaker claims Vanguard does not currently include the Trophy System 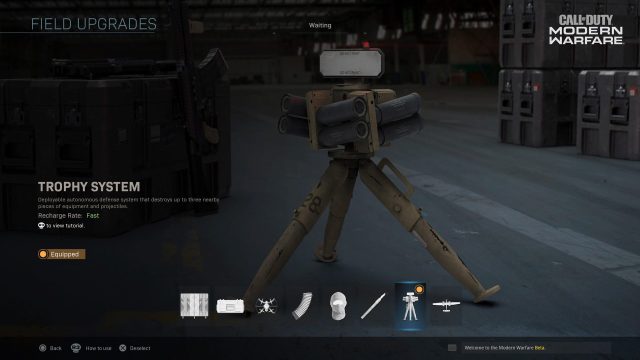 Provided by Activision Trophy Systems have become a staple in Call of Duty.

The leaks have begun for Call of Duty: Vanguard as more and more players get their hands on early, physical copies. While this period can spoil some aspects of the newest game, it also provides insight into issues some might consider before playing. Case in point, one prominent leaker in the community reported that they didn’t see a Trophy System in the current build of Vanguard.

From both a casual and competitive standpoint, this isn’t the greatest of news. Trophy Systems have become a mainstay in the series since Treyarch introduced them in Black Ops 2. They’ve even made their way to COD Mobile. The little, throwable object is a way for players to block incoming enemy explosives and is essential for competitive playlists.

Trophy System left out of Vanguard for the time being

However, at least on Nov. 3, there was seemingly no Trophy System within Vanguard. One possible explanation for this absence is that Sledgehammer Games is waiting to add in the Trophy System with a day one patch update. These day one updates have added content to the new game in years past.

Of course, another possibility is that Sledgehammer cut the Trophy System in the months leading up to launch. If that’s the case, then the grenade spam in multiplayer might require players to run the Fortified perk at all times to avoid being blown up every life.

If a day one patch arrives in Vanguard, it should arrive later today or early on Nov. 4.