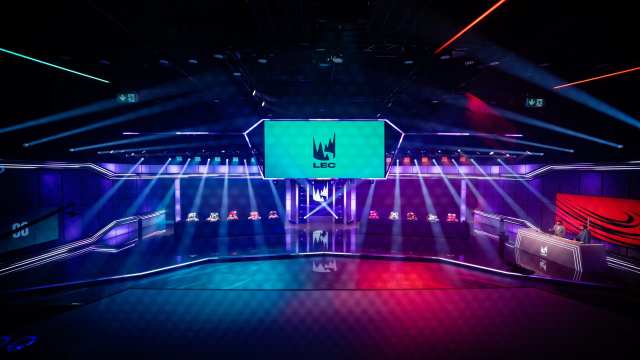 With the recent controversy over the lack of development in Career Mode and Pro Clubs, many people expected these modes to be unchanged for FIFA 19. However, Career Mode has received a few notable changes following the recent beta for FIFA 19. These details were not meant to be released, but “ZAN OMG” on YouTube released a video showcasing these changes. You can look at that video below. I will be explaining the changes in this article. In addition to this, I will be giving my opinion on some of the things in the video.

Some cinematic changes have been made to Career Mode to improve the immersive feeling when playing the mode. These changes include some of the broadcast features that you’d see in real life. This is referring to things such as shots of players leaving the team bus. In addition to this, players will also be shown in the tunnel before kick-off. There will be a physical draw for the new European competitions too that are included in FIFA 19, after a deal between UEFA and EA. The draw will no longer be decided before your game starts; you will now be able to watch the draw. This is where you see which teams you will be facing in the group stage of the UEFA competitions.

I wrote an article previously that covered the new UEFA competitions in FIFA. Check that out here. However, in that article I mentioned some of the new features in the broadcast package such as players posing with the Champions League trophy. This, along with other UEFA broadcast packages, will be a new cinematic feature in FIFA 19 Career Mode. Also, mentioned previously was the new transfer showcase, which will be a cinematic feature in FIFA 19 Career Mode. Finally, we will be getting unique celebrations for the trophy celebrations. This is great as the previous editions of FIFA had the same celebration for each trophy.

I am a big fan of these cinematic changes since it will allow Career Mode to feel even more realistic. Overall, I think these small changes will attract a lot more players to Career Mode in FIFA 19.

Some gameplay changes were needed for FIFA 19 Career Mode. This outcry for new features came after some members of the community exposed the recent Career Modes by showing the number of good features in FIFA titles that are over 10 years old.

One popular feature that is returning to FIFA 19 is the ability to request funds. The lack of this feature has led to players becoming bankrupt in Career Mode. The extra funds were great as they could give you a second chance as a manager. In addition to this, you can now search for players who have a release clause. This is a feature that will allow you to skip negotiations when trying to sign a player. This will ensure that you secure the player who you are inquiring about. The lack of knowledge for a player can sometimes lead to the negotiations breaking down. So, this feature is great for players who have a little extra cash in the club.

Next, players can now adjust player numbers for their national team. This is something that is quite small; however, it adds to the authenticity of the mode. Along with this comes the ability to have correct numbers for up-and-coming players in the squad. Again, this may seem like an irrelevant feature for most players, but some will find this to be useful.

With the new FIFA title comes new clubs that have the licensing in the new game. This time, Serie A, the Italian League, will be fully licensed. This will allow for authentic broadcast packages and commentary lines for this league in Career Mode. This league was removed from FIFA a few years ago when the league and EA had some altercations when pursuing the license. However, with one of the top leagues back in the game, players will surely move to this league when choosing their first Career Mode team in FIFA 19.

As well as Serie A, the Chinese Super League has been leaked as a new league in FIFA 19. This is huge for FIFA, as a lot of fan favorites such as Hulk, Ramires, Oscar, and other players have moved to this league. This meant that they were removed completely from modes such as Ultimate Team, and they were free agents in Career Mode.

In addition to this, there will be a few new clubs that will be in the “Rest of the World” league. This is due to the fact that these teams qualified for UEFA competitions in real life. Once more teams qualify, they will also be added to this division in FIFA 19.

La Liga Santander is not a new league in FIFA 19. However, their clubs and players will now be fully licensed in the new game. This means that there will be stadiums for all clubs, as well as a plethora of new player faces. This, similarly to Serie A, will add to the authenticity of Career Mode as a whole. I can certainly see more people going to Liga Santander for their first club in FIFA 19 Career Mode. However, Pro Evolution Soccer (FIFA‘s main competition) has the licensing to FC Barcelona. FC Barcelona is one of the biggest clubs in this league and in the world. Therefore, it is yet to be confirmed if this team will have their stadium, new player faces, and authentic settings in FIFA 19.

Overall, I am happy with these additions to Career Mode in FIFA 19. This is because I am a big fan of being immersed in an authentic environment when playing football simulators such as PES and FIFA. The main reason that I play FIFA over Pro Evolution Soccer is due to the licenses that FIFA has over its competition. However, I can’t help but notice the lack of development in actual gameplay mechanics and features in FIFA 19. This includes things such as youth development and training in Career Mode. In my opinion, these features need to be tweaked, if not fully overhauled before any more authentic licenses are acquired for the next iteration of FIFA.

What do you think about these new features in Career Mode? Do you think that there will be more announcements about Career Mode before FIFA 19 drops in a month? We’d love to hear from you. You can also check out an article that I wrote about a professional FIFA player retiring after backlash here.