Zoe is finally get some meaningful nerfs for Patch 8.17 - Upcomer

Zoe is finally get some meaningful nerfs for Patch 8.17 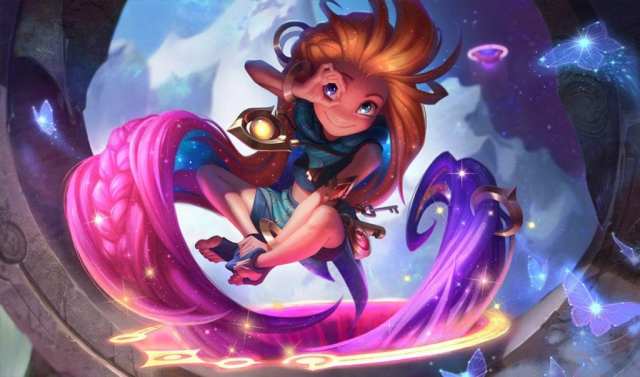 According to the Korean League of Legends PBE, Zoe is getting some pretty significant changes to her kit. Zoe has been the bane of many player’s existences ever since she hit the Rift. Her ability to absolutely decimate her enemies was way too effective. Additionally, even if she’d miss her abilities, the punishment would not be too severe. As a result of the community’s reaction to the champ, Riot Games would release nerf after nerf to help appease the public. However, they would not change the right aspects of the champion, as they would only nerf her damage. However, it seems like Riot has finally changed Zoe for the better.

As reported by League of Legends analyst, Shakarez, Zoe is getting some pretty big nerfs to her abilities. For example, her Q, Paddle Star, will no longer be increasing with level, but instead, the base damage will be increased. Her W, Spell Thief, has had its base damage and AP ratios were lowered as well. These are pretty small changes, but the big changes reside within her E ability and her ultimate.

One of the biggest gripes that Zoe-haters have for the champion is that her E, Sleepy Trouble Bubble, is too friendly towards misses. Why should a player be given a trap to place down, if they miss their skill shot? Zoe’s E ability is crucial for her burst combo. Most players know that if you are hit with a Sleepy Trouble Bubble, you’re going to take a lot of damage. In later stages of the game, it might even mean death, unless a teammate can body block the Q for you.

Riot is finally removing the trap aspect of the E ability from her kit. This means that if you miss your Sleepy Trouble Bubble, you will not be able to 0-100 someone that easily. It’s a great change, as now players who are not as good at the Zoe aren’t being rewarded.

Besides her E, Riot has also taken steps to reduce Zoe’s utility as well. Using her ultimate no longer grants vision in the area that she teleports in. Also, Riot is increasing the time spent in her second portal from one second to 1.25 seconds. This takes away her ability to check over walls, check brushes, and be a mobile scouting ward for her team. Overall, her utility was way too much, when also considering her ability as a high-mobility assassin. Therefore, she is now more of a high risk, high reward champ, rather than a medium risk, high reward champ.

What This Means For Pro Play

These Zoe changes could push some teams to allow the champ by for bans in pro league play. Although the burst is still available for players, midlaners will have to be much more careful with their choices to jump into fights. Additionally, players who aren’t top tier midlaners do not have the safety net of the E at their disposal. They will have to rely on their aim and mechanical prowess more than ever, as missing a bubble means missing a kill now. All in all, the Zoe nerfs were needed and hopefully, these changes make it through to the next patch.

What do you think of Zoe’s possible nerfs? Let us know your thoughts in the comments below! If you want more League of Legends content, check us out here!