League of Origin is a classic Melbourne vs. Sydney rivalry - Upcomer

League of Origin is a classic Melbourne vs. Sydney rivalry 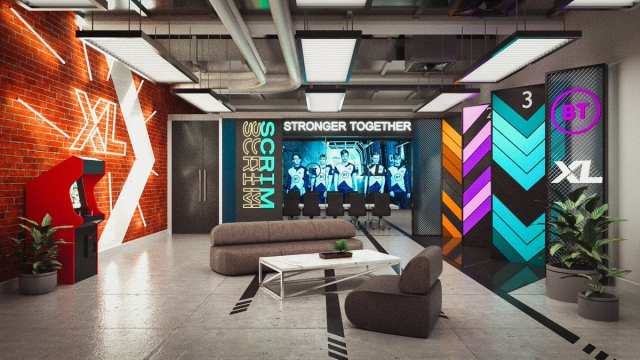 Victoria and New South Wales take the stage this weekend to prove which Aussie state is the best at League.

The grand final of Australia’s League of Origin takes place this weekend in Melbourne. League of Origin brings Australia and New Zealand’s best League of Legends players together. The competition puts them in the spotlight as they fight for their home teams. Teammates in the OPL were forced to put aside their regular teams and play for their local states. Victoria, New South Wales (NSW), Queensland, and New Zealand were the four competing teams.

After some heated play last weekend, Queensland and New Zealand have been knocked out. The grand final sees a classic Melbourne vs. Sydney rivalry. Victoria will take on NSW in front of a live crowd at Margaret Court Arena.

This will be the Australian Football League’s (AFL) first esports event. Partnering with Riot Games ensures the heart of esports is kept true. A fantastic event is sure to get all the fans hyped.

League of Origin sees many players from the OCS and OPL. Players who often battle side by side will be facing one another. The Victorian captain, Samuel “Spookz” Broadley, is excited about playing, but also a little nervous:

It adds a little more pressure to be playing for Victoria in your home state.

Similar to our chat with Calvin “k1ng” Truong, it seems there’s more to lose when you’re one of the top players in the competition. But they’re not alone. The NSW captain, Brandon “Swip3rR” Holland, also understands what’s at stake:

We all have our state pride on the line and to win the series will be an excellent start to the 2019 season as well. We are looking forward to a clean series.

Fueling the long-standing rivalry between these two states spans across all areas of Australia’s sporting culture. This esports showdown is promised to be an epic display of talent and glory. You won’t want to miss out. Fans from all over Australia will be traveling to Melbourne or tuning in on Twitch. Tickets are still available from the website. The festivities will kick off live on Twitch from 5:30 p.m. AEST.

Not only will the players of NSW and Victoria be at the League of Origin finals this weekend…@Midbeast will be there for a meet-and-greet! 🤩

A few days out from the competition, a new player has emerged. HyperX has jumped on board as the official peripheral patron for the League of Origin. As an avid supporter of esports, HyperX is keen to supply all the great peripherals for this awesome tournament. Susan Yang, the APAC Marketing Director for HyperX, sees the growth of the esports industry and wants to bring the fun to fans all over Australia:

HyperX has been involved with League of Legends for years as we always seek to see the continued growth of high quality esports events and an overall successful esports industry. By joining League of Origin, HyperX will help players achieve their best and ultimately bring the fun of League of Legends to fans across Australia and New Zealand.

This comes soon after HyperX announced a partnership with Post Malone. It seems as though HyperX is not only focused on esports, but on the gaming community in general. It’ll be exciting to have another great patron in the mix for League of Origin.

Click the links above to catch the action live and be sure not to miss this epic League of Legends showdown. Tell us in the comments if you’re behind Victoria or NSW.