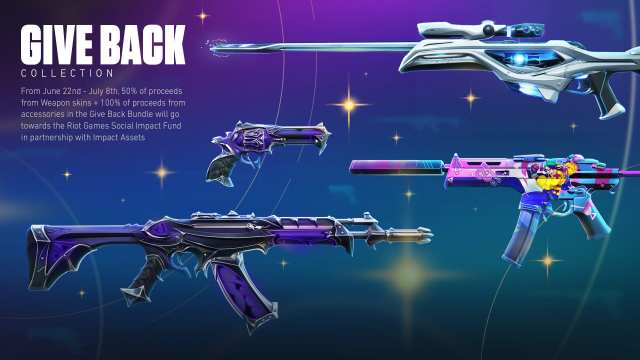 Charge up your blasters and prep the spaceships for launch, because League of Legends‘ new event is here! Riot Games has announced their newest event, “Odyssey” today. It is coming with a fresh new set of skins, mission rewards and the introduction of a Player-versus-Environment (PvE) mode, Extraction. Check out the animated trailer for the event here:

The trailer features Jinx, Malphite, and Yasuo on the “Morning Star”, their home base spaceship. They were all wearing their new Odyssey skins, which will be available in the next patch. Additionally, Kayn, who is the big boss for this event, will actually have his first skin release. It’s a big one too, as it will be a Legendary tier skin, pricing at 1820 RP. Jinx, Malphite, Yasuo, Sona, and Ziggs will all have skins as well, but at the lower Epic tier of 1350 RP.

Also, another big surprise for League fans: this event is not hitting the PBE. It is actually going straight to live servers this week on Patch 8.18. Riot Games has been ramping up the “straight-to-live” events recently. For example, the popular Teemo skin, Beemo, had not even gone to the PBE either. Hopefully, this spells the rise of surprise League releases, as we all know, everyone loves surprises.

Player vs Environment is making its way back onto League for another riveting event. Last time we saw a PvE mode in the game, it was for the big Star Guardian event last September. Now, it is making its triumphant return. This time, players will be traversing a hostile alien planet to rescue a stranded friend, Ziggs. You will have to battle aliens of all kinds to reach Ziggs, and then it seems you will have to face Kayn himself as the final boss. The game mode will also feature five different difficulty levels. Players will also have the chance to level up their characters powers through “Augments”. Augments are resources found throughout the map that can permanently upgrade your character to take into the harder versions of the game mode.

Here’s a preview of the game mode (in Spanish) here:

Riot Games is also adding a new feature to the mode. If players are able to defeat the Intro difficulty of the game mode, they unlock the “Morning Star Crew Jacket”. This jacket will be available on the Riot Games merch website, but only to people who have completed the game in its entirety. We also expect Riot Games to release more items for sale, but they have not revealed any news on it yet. It is a new, unique way to incentivize their players to buy the merch.

Finally, the moment people have been waiting for. With a new event means new skins, and Riot Games is not disappointing us this time around. Let us first look at the possible protagonists of the Odyssey event, Jinx, Yasuo, and Malphite:

The whole setting of a ragtag hero team travelling the cosmos gives a very Guardians of the Galaxy kind of vibe, especially with certain characters. Here are two of the lesser shown characters in the Odyssey trailer, Sona and Ziggs:

Finally, Kayn’s Odyssey skin looks great, with basically three different skins in one. This should be worth the 1820 RP price point, especially with completely new dialogue and animations:

All in all, the new League of Legends Odyssey event looks like a ton of fun. Get ready to explore the depths of space with Jinx and co. this coming week!