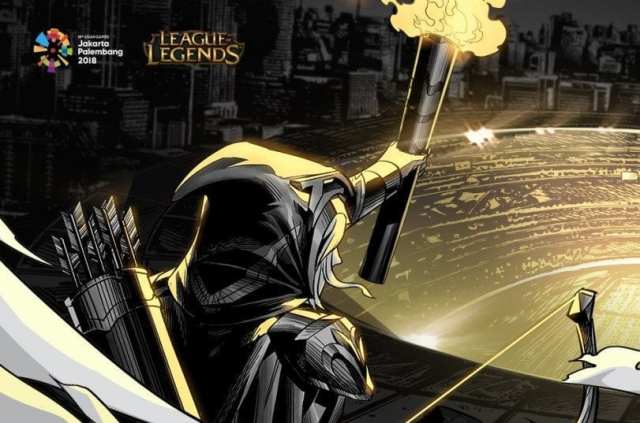 Riot Games has officially announced that League of Legends will be one of six esports titles that will be an Official Demonstration Sport for the 2018 Asian Games, which is starting this August. League of Legends joins Starcraft II, Hearthstone, Pro Evolution Soccer, Clash Royale and Arena of Valor as games to be featured at the event. The Asian Games began in 1951 and takes place every four years with athletes from all over Asia competing. They are recognized by the International Olympics Committee as the second largest multi-sport event in the world, next to the Olympics. This will be the first time that esports will be featured in the event.

We’re honored that League of Legends was selected for the Asian Games. Representing one’s country at the Olympics is a dream for athletes around the world, and with this step, that dream is one step closer to reality for the best in our sport. We admire and respect the values of the Olympic movement and look forward to supporting the Olympic Council of Asia in making this competition a success.

Riot Games Esports will also be supporting the event by helping the Olympic Council of Asia through the team selection process and building the tournament format. They will also be making changes to the league calendars for some regions to allow players to represent their respective regions in the event.

This year’s Asian Games will be hosted in Jakarta-Palembang. The host country, Indonesia, gains an automatic invitation to the games, whereas the other teams will be decided on through regional qualifiers. The winners of East Asia, South Asia, South East Asia, Central Asia, & West Asia will qualify for the Asian Games. Note that due to the highly competitive nature of the East Asia region (which includes South Korea, China, Japan, & Taipei), three teams from this region will be able to qualify to the main events.

The Paris bid team for the 2024 Summer Olympics has already begun plans to introduce esports to the International Olympics Committee, as a possible demonstration sport. Esports being included in the Olympics has been a milestone that has been within reach for some time. Hopefully, the inclusion of esports in the 2018 Asian Games helps push the case in the right direction.

Do you think esports in the Olympics is a possibility in the near future? Let us know your thoughts in the comments below!