The best LAPA loadout in Call of Duty: Warzone Season 6

The best LAPA loadout in Call of Duty: Warzone Season 6

A new SMG has entered this season 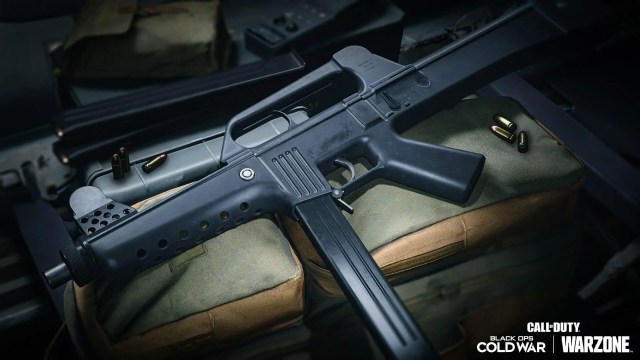 Provided by Activision The gun model for the LAPA in Warzone

The LAPA is the latest weapon to arrive in Call of Duty: Warzone. It comes via The Haunting event, which players need to complete in order to unlock the gun. Once they do, they have access to the LAPA and can start crafting a loadout for it. Despite it only being out for less than a day, a recommended loadout has already surfaced for the LAPA in Warzone.

If Black Ops Cold War players are trying to use the LAPA in Warzone after using it in multiplayer, their opinions will likely change on it. For some reason, the SMG is far stronger in Warzone than it is in Cold War. This means that players’ loadouts will drastically change between the two games.

The LAPA is described as a balanced full-auto submachine gun. It’s compact enough to use in close quarters but it can also be a threat at longer ranges thanks to its minimal recoil in Warzone. However, its most redeeming factor is its damage range in the battle royale, which can down enemies in the blink of an eye with its top loadout.

This loadout for the LAPA is meant to make its overall stats stronger. While players could throw in the CQB or Raider Stock for some extra sprint-to-fire time, using something like the Bruiser Grip allows the LAPA to be more competitive in all situations on the map. The Bruiser Grip increases overall movement speed.

To increase the LAPA’s damage range even further, the Agency Suppressor and 7.9″ BR Compact are in use. The Agency Suppressor also allows players to stay off the radar. Finally, the STANAG 50 Rnd is to ensure players don’t run out of bullets during the middle of a gunfight. This LAPA loadout should be competitive within the meta of Warzone Season 6.