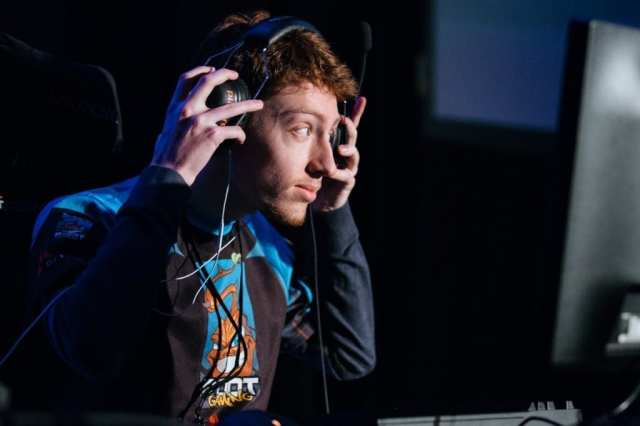 The vote opened on June 11th, and while the Brazilian’s promotional facebook post and tweet helped him gain some traction, he fell significantly behind European contenders Marc “uThermal” Schlappi and Gabriel “HeRoMaRinE” Segal early in the vote. He continued to fall further and further behind, a trend that culminated in him posting on July 15th that he would concede the race. He posted in Portuguese:

With a little more than two days left until the end of the vote and me being more than 500 votes behind first place, it seems unlikely that I will participate in GSL vs The World. I would like to suggest to the few who have not voted yet to give a chance to uThermal, who is a few votes behind and who I believe will show good games against the Koreans. Even so, I appreciate the strength and support of all, including the community of CS:GO who supported and voted for me ❤️ thanks Clan!

At the time the above comment was posted, the standings of the vote were as follows:

With the support of these prominent figures, Kelazhur mounted a massive comeback, overtaking the two frontrunners. At the time of publishing, the Brazilian’s lead seems insurmountable – his vote now exceeds uThermal and HeRoMaRinE’s combined. As of 11:10 PM EST on July 15th, the standings were as follows:

While many in the Brazilian esports scene and elsewhere surely regard the situation as a storybook case of a scene coming together to support one of its members, others are skeptical of his victory.

Many on StarCraft II esports forums were happy with the involvement of Brazil’s wider esports scene with StarCraft II due to the possibility that the exposure could lead to new StarCraft fans. Others, however, voiced concerns with both how the poll functioned and whether Blizzard’s StarCraft II division ought to have let a popular vote decide who competes in such a significant tournament. The fact that the vote was hosted on Teamliquid, a forum for StarCraft esports discussion, rather than the official Blizzard StarCraft II forums, was also a source of controversy.

Looking to the future, it is unclear whether Kelazhur’s unexpected landslide victory could lead to a change in Blizzard’s format for GSL vs The World going forward.