Sora may be a better DLC fighter than previously expected 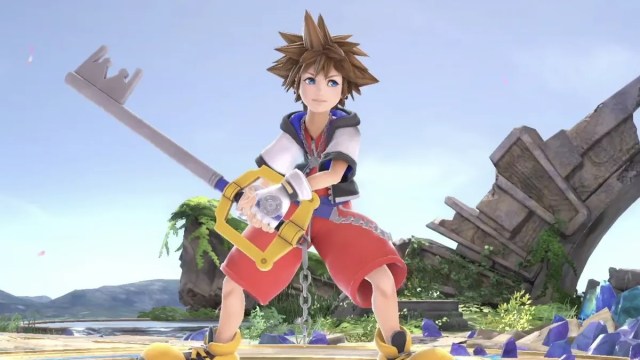 Provided by Nintendo Sora was added to Super Smash Bros. Ultimate as the final DLC

When Sora was announced as the final DLC fighter in Super Smash Bros. Ultimate, the world erupted with joy. Many people have fond memories of playing Kingdom Hearts and had spent the previous year or so speculating that its key-wielding protagonist would become a DLC fighter in Ultimate based on very minimal information.

But the excitement soon died down. Sora wasn’t living up to expectations due to his very floaty nature and light weight. Other DLC fighters were much more viable, including Pyra & Mythra and Joker.

Still, he was seen as fun to play, a unique swordie with some fun movements to master. This caught the eye of a few top Smash players, including Enrique “Maister” Solis.

The Mr. Game & Watch main became the first player to win a game as Sora in a major North American tournament when he faced Angel “Onin” Mireles in the Finals of Super Smash Con 2022. Fans were so surprised to see Sora in such an important match that they started to chant for Maister throughout, including yelling out each spell he used.

The cheering was not only due to Steve hate, but because seeing someone pull out Sora at such high-level play was quite shocking. Sora just wasn’t considered all that great. Fun, yes. Some pretty awesome moves, yes. But he just wasn’t a stand-out DLC fighter on the roster. Until now.

At Glitch Regen, Japanese competitor Takuto “Kameme” Ono flew to Maryland in hopes of getting some points towards the Smash World Tour Finals. He decided to face his 500 or so opponents in the tournament using his main — Sora. With Sora leading the charge, Kameme made it to top 8, ultimately finishing second in the Gold event. Along the way, Kameme beat Jake, Zomba, and Sonix in the top eight, losing to Paris “Light” Garcia in the grand finals.

Kameme was definitely one of the players to watch, with many intrigued to see Sora performing so well against top competitors in the scene. Watching Kameme expertly use Sora’s attack strings was quite entertaining and inspiring for the community. It’s now been dubbed the best Sora gameplay the Smash scene has ever witnessed.

Sora now sits in the A-tier in trusted Smash tier lists. His floatiness is seen as a very big drawback, especially when attempting to recover. But with the right practice and high IQ plays, Sora can set up kill confirms with ease. Of course, not many have been able to pull this off at the highest level of Ultimate aside from Kameme. For now.