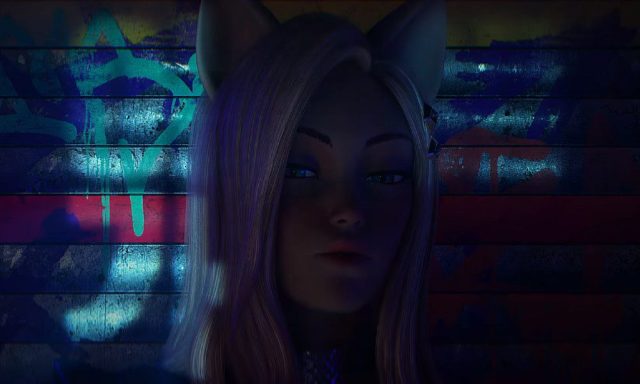 The last official concept video from League of Legends pop group K/DA is live, featuring the nine-tailed fox champion, Ahri. The video, “I’LL SHOW YOU,” follows Ahri’s journey to becoming a pop idol. “I’LL SHOW YOU” is the last track from the ALL OUT EP and features several guest artists. Bekuh BOOM, Annika Wells, and the K-pop group TWICE all appear on the song alongside Ahri. Bekuh BOOM and the Riot Music Team wrote the lyrics to “I’LL SHOW YOU.”

The video has a darker tone compared to other K/DA tracks, with Ahri reliving scenes from her past. Part of the loss Ahri seems to feel is that of her childhood when she holds up a photo of herself as a student. Ultimately, “I’LL SHOW YOU” is a song about overcoming Ahri’s second-guessing and insecurities. With lyrics like “And I’ll show you what I’m made of / A heart full of fire / Looking at a fighter,” Ahri isn’t giving up any time soon.

There are several throwbacks in “I’LL SHOW YOU” to past Ahri costumes, including the original K/DA and the Popstar outfits. Since K/DA’s debut in 2018, the fictional idol group has seen success with both League of Legends fans and music fans worldwide. The group’s Twitter is pushing 500k followers while the original K/DA track, “POP/STARS” has almost 400 million views. “I’LL SHOW YOU” has more than 2 million views on its first day of release.

If you want to dance alongside Ahri and the rest of K/DA, Just Dance 2021 recently released DRUM GO DUM featuring Aluna, Wolftyla, and Bekuh BOOM as DLC. Dancers have to act quickly though! It will be free until February 25, 2021, and after that it will be part of the Just Dance Unlimited subscription service.

For more on League of Legends favorite pop group, follow Daily Esports for all the K/DA releases, news, and more.