Is Warwick coming to 'Arcane'? Here's what League's lore says

Is Warwick coming to ‘Arcane’? Here’s what League’s lore says

Warning: This article contains spoilers for both released and unreleased 'Arcane' episodes 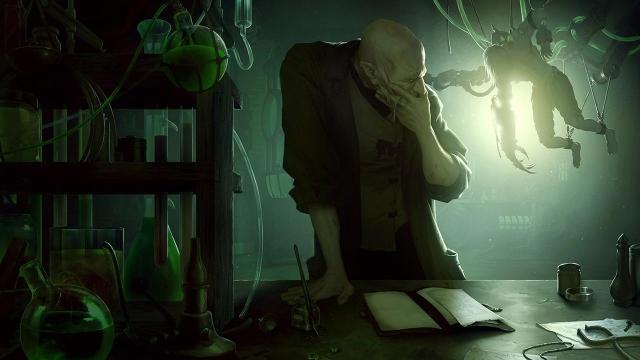 Provided by Riot Games What does League of Legends lore tell us about a possible Warwick tie-in to the "Arcane" animated series?

Riot Games’ animated series “Arcane” finally premiered Saturday night, and the first three episodes already have people questioning whether we are in line for a particular champion showing up later in the series. Is there reason to believe that Warwick is coming to “Arcane”?

Those that have not yet seen the episodes of “Arcane” released so far: turn back now. This article will get into exactly what happened at the end of an explosive Episode 3. We will also examine existing League of Legends lore to determine whether we are about to see one of League of Legends’ oldest beasts appear in the series.

The ending of ‘Arcane’ Episode 3

Episode 3 saw Vi, joined by friends Mylo and Claggor, heading to Silco’s lair in an attempt to free their adopted father, Vander, from captivity. The group left behind Vi’s little sister, Powder (the character that becomes Jinx), but she found her own way to the fight anyway. After a long battle and an ensuing struggle to free Vander — which included Silco letting loose a chemically-enhanced, mutant creation in Deckard — Powder set loose a wind-up toy equipped with several hextech orbs she found in Jayce’s laboratory during Episode 1.

Powder’s toy activated the orbs, which set off several explosions in Silco’s lair. The fallout resulted in the brutal deaths of Mylo and Claggor. We also saw Vander pinned under rubble as a result. While he broke free, Vander then found himself in a stare down with Deckard before Silco walked up and stabbed him in the back. Silco seemed to finish the job with another stab to the abdomen before discarding Vander off the side of the bridge. However, Vander landed on a pile of the purple serum Silco and his assistant (Singed) concocted to create mutants like Deckard

Of course, the serum immediately gave Vander a superpowered boost. With Deckard bearing down on a helpless and shocked Vi, a now-mutated Vander, with purple serum coursing through his veins, roared in to fight him off. The new Hulk-like Vander made quick work of Deckard and then carried Vi to safety before another large explosion went off in Silco’s damaged lair. Vander then fell to the floor, told Vi to take care of Powder and appeared to die as the glowing serum throughout his body and eyes faded to grey.

How does this tie into Warwick appearing in ‘Arcane?’

Those familiar with League of Legends’ lore could find many points of this story familiar. In fact, one look at Warwick’s lore and it immediately feels like reading spoilers for the fourth episode of “Arcane.”

There are four key excerpts in Warwick’s lore worth focusing on.

“Though many think of Warwick as no more than a beast, buried beneath the fury lies the mind of a man—a gangster who put down his blade and took up a new name to live a better life. But no matter how hard he tried to move on, he could never escape the sins of his past.”

Warwick struggled to recall a single memory from his past… All he could see was blood. But then he heard a little girl screaming. Screaming something he couldn’t understand. It sounded like a name.

He’d already forgotten his. He sensed that was for the best.

Though his body and mind were broken after weeks on the slab, Warwick stubbornly resisted the chemicals transmuting him. Toxins leaked from his eyes in place of tears. He coughed up gobs of caustic phlegm that sizzled against his chest, before burning shallow holes in the floor of the lab. Restrained against the cold steel of the table, Warwick writhed in agony for hours on end, until his body finally gave out.

With the untimely death of his subject, Singed disposed of the corpse in a charnel pit deep in Zaun’s Sump, before turning his mind to the next experiment.

But death proved to be the true catalyst needed for Warwick’s transformation. As he lay cooling atop the pile of corpses, the chemicals could finally complete their work. The chamber on his back began to pump.

Yet, even as he surrendered to the beast, glimpses of his past began to haunt him. He saw a bearded man reflected in the eyes of a beggar as he tore out his throat. The other man looked somber, somehow familiar; there were scars on his arms. Sometimes, as he fed in dark alleys on stray gangers, the flash of knives would remind him of an old blade covered in blood. Blood passing from the blade to his hands. From his hands, to everything he touched. Sometimes, he remembered the girl again.

While Warwick’s origin story is clearly different in many ways to what we’ve seen with Vander, there are several parallels to note between the two characters.

There are enough differences in Warwick’s lore and what we’ve seen so far in “Arcane” that this could all be a red herring. But there are even more clues that tie the two characters together.

Just remember one line from Warwick’s lore: “But death proved to be the true catalyst needed for Warwick’s transformation.”

We believe the deceased Vander will return as Warwick in “Arcane” before the first season of the series wraps up on Nov. 20.