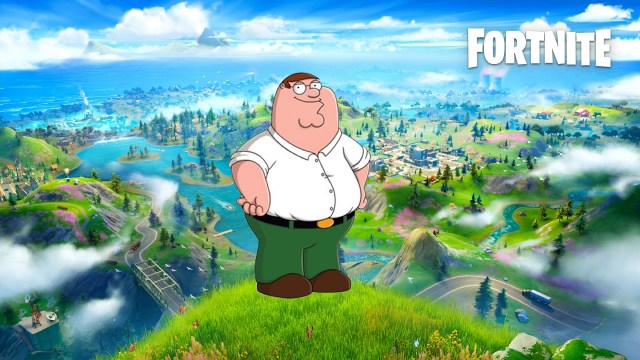 Assets provided by Epic Games and The Walt Disney Company This would hardly be an odd addition to the crossover-rich world of Fortnite.

Fortnite is a game renowned for its crossovers. From fictional legends like Goku and Naruto to real-world icons like Ariana Grande and Jimmy “MrBeast” Donaldson, it seems like just about anyone and anything could eventually have a collaboration with Epic Games’ battle royale game.

As a result, many fans are keeping their eyes out to try and figure out who the next famous character to join the game will be. In particular, several people are on the lookout for “Family Guy” protagonist Peter Griffin. Here’s everything to know about whether and when Peter Griffin is coming to Fortnite.

Origin of the leaks

Rumors that Peter Griffin could be on the way to Fortnite began on April 5, 2022. That was the day Epic Games launched the latest edition of its video game design software, Unreal Engine 5. The same day, the company held a livestream to showcase some of Unreal Engine 5’s features.

During the livestream, fans noticed a number of named folders on the side of the screen. While difficult to read, fans who zoomed in on screenshots of the stream were able to pick out a few familiar names. These included folders with the names VADER, JONES, Doom, and FamilyGuy.

Is Peter Griffin coming to Fortnite?

Of course, “Family Guy” related content appearing in an Unreal Engine 5 stream does not necessarily confirm that the show will get any representation in Fortnite. However, it is worth noting that Darth Vader, Indiana Jones, and Doom Slayer have all made their way to Fortnite since that livestream.

As a result, it’s not unreasonable to imagine that Peter Griffin could join Fortnite at some point as well. For the time being, there hasn’t been any official confirmation from Epic Games regarding Peter Griffin. Nevertheless, if the recent collaborations are any indication, “Family Guy” could be next on the docket for its own Fortnite crossover.