Is God of War: Ragnarok the last game in the series?

Is God of War: Ragnarok the last game in the series?

Is this the last time around the block in Norse mythology? 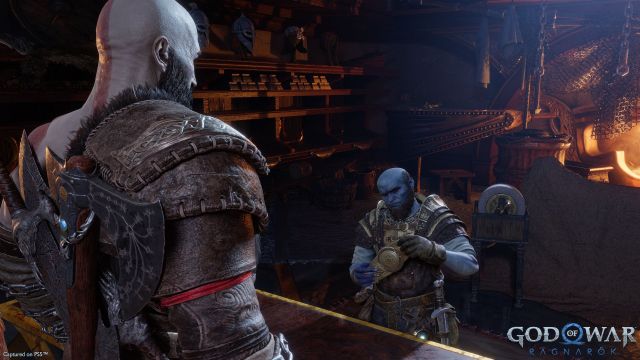 While God of War: Ragnarok just came out a couple of days ago, players are already looking toward the future. More specifically, fans are curious as to the franchise’s direction.

We’ve already explored two different eras, Greek and Norse mythology. However, the Greek timeline took several games to complete while the Norse timeline has only been in two games. Naturally, players have inquired if they’ve traipsed around the Nine Realms for the last time with Ragnarok or if they can expect another game set in this mythos.

At this time, we don’t have a clear answer, but we do know that players might not get to see Kratos defeat bosses throughout Norse mythology again.

The future beyond God of War: Ragnarok

The current expectation is that God of War: Ragnarok will be the last title set in Norse mythology.

Creative director at Sony Santa Monica, Cory Barlog, did an interview with Kotaku last year that confirmed Ragnarok would be the last Norse game in the series. Barlog cited the length of time it would take to create a sequel to Ragnarok. He stated that it would take at least another five years for a sequel, which he feels is too “stretched out” for a single storyline.

Essentially, this means the developers will likely take the franchise in a new direction with the next God of War game. While there’s been no confirmation that God of War will see another title past Ragnarok, it almost seems inevitable given how well the past two games have sold. In an interview in 2018, Barlog went on record to say that the developers at Sony Santa Monica had five more God of War games mapped out, including Ragnarok.

It’s unclear if those plans have changed, which could explain why Barlog stated that Ragnarok would conclude the Norse storyline. Conversely, the developers could simply be hinting at different mythologies they want to explore with God of War.

A lingering question that fans might have is whether or not Kratos and Atreus will be a part of those possible future games. It would be difficult to envision a God of War title without Kratos as the main character, but perhaps the developers could continue to groom Atreus to eventually take over for his father as the main protagonist.

Of course, this is all speculation. Sony has not revealed any additional plans for future God of War titles. All we know right now is that Ragnarok will be the conclusion to the Norse storyline. Beyond that, fans will have to wait for more information on if the God of War franchise will end with Ragnarok or if more games are in the works.