The defending champions are out on day 1 of the playoffs 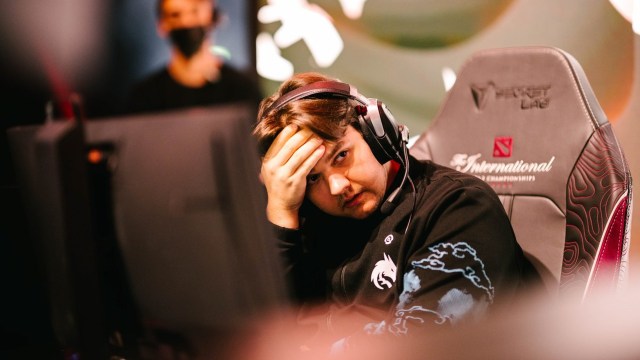 The first day of the International 11 playoffs was full of upsets and shattered storylines. One of the biggest storylines out of the day was the elimination of Team Spirit, the current defending champions of the International, in the first round of the lower bracket. But it wasn’t the only one. Let’s explore all the upsets that happened on Day 1.

Defending champions Team Spirit are eliminated from The International 11

BOOM Esports got to the playoff round with only a 1.42% chance of doing so on the final day and will have one of the toughest paths through the tournament in the lower bracket. After they defeated Team Spirit, their next opponent will be PSG.LGD. Facing both of last year’s International finalists in the first two rounds of lower bracket will be a great challenge for the Indonesian organization.

In the exit interview with Kaci Aitchison at the end of the run, Team Spirit’s Miroslaw “Mira” Kolpakov said that: “I personally lost confidence in myself this tournament. I wasn’t sure I could do it, I wasn’t sure it would be enough and it was tough to play with this mindset.”

Upsets everywhere in the upper bracket

The results of yesterday’s upper bracket matches ruined many prediction brackets as every series was a staggering upset. The first series of the day was Evil Geniuses, who topped their group, against South American representatives Thunder Awaken. Evil Geniuses was completely run over by Thunder Awaken, who broke their Shadow Fiend pick in both games and swiftly sent Evil Geniuses to the lower bracket in two quick games.

In the second game of the upper bracket, it was Team Secret facing off against PSG.LGD. A team that barely made it through the last chance qualifier against the two time finalists of the International. Once again, fans were treated to another upset as Team Secret swept PSG.LGD to secure top six at the International 11.

The first game ended in 23 minutes, one of the shortest games of the entire tournament.

The second series of the day was Team Secret vs. PSG.LGD, ending in a 2-0 win for Secret. #TI11 pic.twitter.com/pKg9DRpVUk

This was just the first day! The International 11 continues in a few hours time with Tundra Esports facing off against OG Esports for the third match in the upper bracket. Tune in to the International 11 on the Dota 2 official Twitch channel at 10 P.M EST.