Beta feedback is playing a role in the changes 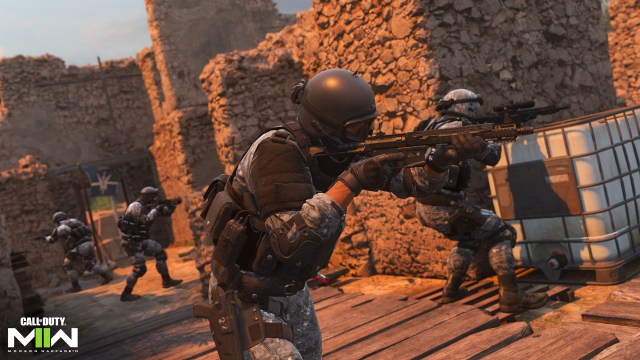 It’s one day away from the launch of Call of Duty: Modern Warfare 2 and developer Infinity Ward has posted a new blog that details all of the multiplayer changes they’ve made from the beta.

These changes are coming directly from the feedback they received during the beta weekends in September. There are a fair few changes that should make a majority of the community happy. However, there are still some aspects of multiplayer that fans want to see adjusted. Infinity Ward has stressed that it will continue to monitor feedback after launch and make changes if needed.

Launch is just two days away! Here's an update on some of the changes we've made to #ModernWarfare2 since the Beta:https://t.co/dVZUvdDrAZ

For starters, perhaps the biggest change that Infinity Ward has implemented is an attempted fix at disbanding lobbies. This has been an ongoing community complaint for years and it seems the developers are finally taking a crack at solving it. The devs stated this fix still needs to be tested after launch, so players could still see their lobbies disband after a match. The hope is, however, that lobbies stay together after a match has ended.

Moving on, there have been red diamonds added right above an enemy’s head to make them easier to distinguish from teammates. Also, visibility across the board has been improved.

Audio has also been tweaked, mainly in the footsteps department.

Infinity Ward stated: “we’ve shortened the overall range of footstep audio which will allow enemy players to get closer to targets before they are able to detect footsteps. We have also continued to tweak teammate footstep audio, which will now be quieter following feedback from the Beta.”

In addition to that, the activation sound for Dead Silence has been “drastically reduced.” It still seems some noise will be made and players will still have to pull out that tablet before fully activating Dead Silence (as seen in the beta). More changes could come after launch based on feedback.

Wrapping things up, Infinity Ward stated that weapons were tweaked, but didn’t go into detail, and that the overall UI has been updated. The menus in particular have been improved, but the devs will make more changes as needed. Finally, movement mechanics, such as ledge hanging, sliding, etc., have been further refined.

This is a solid foundation for the launch of Modern Warfare 2, but fans would like to see more changes come after the launch on Oct. 28. Time will tell if Infinity Ward continues to listen to feedback and make changes based on it.