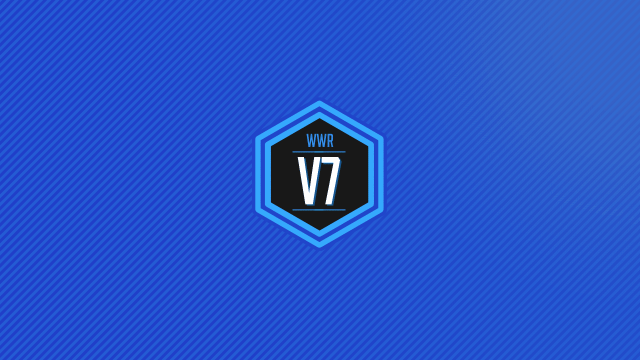 The IEM Katowice Major boasts top CSGO teams and players from around the world. The likes of fnatic, Astralis, Team Liquid, FaZe Clan, and many others are battling it out for a share of the $1,000,000 prize pool. But like every Major tournament, many of the most liked and admired are missing. There are tons upon tons of players not coming to Katowice this year, some more and less deserved than others. However, even without them, the Major is bound to be a blast. Despite that, those legends will be missed and it would be a hardcore CSGO fan’s dream to see them perform on the big stage.

Adil “ScreaM” Benriltom kicks off the list. Known for his “one taps” and being a “headshot machine,” this talented rifler will certainly be missed by many. Once part of the powerhouse Titan along with the likes of Kevin “Ex6TenZ” Droolans and Richard “shox” Papillon as well as G2 and Team Kinguin, the player wasn’t really part of a stable lineup since then. ScreaM made a stand-in appearance for Fnatic in late 2018 and was an impactful player for the Swedish team. The talent has been struggling to find a home for the past years. With G2 and now Vitality dominating the French scene, it is surprising that Scream hasn’t been a part of those two lineups. His “one taps” will certainly be missed, and hopefully, we will see some more ScreaM action in 2019. If the player finally finds a suitable home, that is.

Deemed “The Polish beast,” Janusz “Snax” Pogorzelski’s whole 2018 was a mess. Part of the underwhelming Virtus.pro in early 2018, the Polish star tried his wits in mousesports. The synergy in the team, however, was mediocre at best and it was a matter of time before Snax was benched and Styko came back on board. Snax would rejoin Virtus.pro with a mix of old and new players and the team would start competing again. Unfortunately, not on the biggest stages, at least for now. The fact that Virtus.pro will miss the Major on home turf is very disappointing for plenty of fans around the world. Time will tell if the rejuvenated Virtus.pro lineup will regain its once superstar form and if we will see Snax in top-notch condition.

One of the best-known Dutch players, Chris “chrisJ” de Jong, will not only miss the Major, but the whole of mousesports will. After a surprisingly poor run in the qualifier for the Major, mousesports have failed to qualify. Shortly after, the organization has decided to part ways with chrisJ as well as Martin “STYKO” Styk. The experienced AWP-er and in-game leader has been part of mousesports since 2013. It certainly has become a home for the player and it is sad to see one of the team’s superstars leave and not attend the Major in the colors that we were accustomed to for so many years. We’re yet to see where chrisJ ends up after such a long career in mousesports.

Tarik “tarik” Celik had a very up and down 2018. With Cloud9 winning the Major in a hectic final against FaZe Clan, it was mostly downhill for the player since then. Cloud9 would crumble shortly after with Jake “Stewie2K” leaving to MIBR, Tyler “Skadoodle” Latham retiring from professional CSGO, and tarik leaving to join his former teammate at MIBR. Unfortunately, tarik’s new team would not yield the result everyone was expecting. The roster looked extremely promising, with a mixture of Brazilian and American talent. Unfortunately, the team fell apart as the organization decided to go back to an all-Brazilian lineup with Stewie2K joining Team Liquid and tarik being benched shortly after. And so, tarik is teamless for the time being, left behind once more by Stewie2K without a respectable team and no Major to show his undeniable skill on.

Perhaps not as big of a legend of CSGO as the remaining players, Owen “Smooya” Butterfield in BIG Clan has quickly become a well-known and respectable figure in esports. Known for his AWP-ing but most importantly fun personality, Smooya has shaken up the scene with outstanding performances in his German team on many occasions. Unfortunately, Smooya has recently parted ways with BIG Clan and therefore ends up being one of the players absent from the Katowice Major. Smooya will definitely be missed for his flair and fun characteristics that many have come to like over the past year. Perhaps we will see him in a more English or perhaps American lineup in the future?

Those are our picks for the players that will be missed by many in Katowice. What player do you wish was present at the Katowice Major? Let us know in the comments below and follow us at Daily Esports for your daily dose of CSGO news in the esports world.