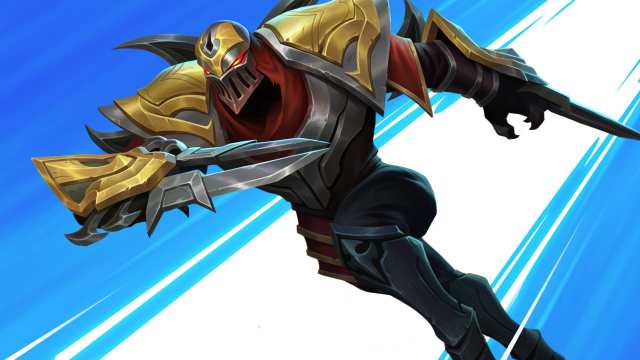 The Legends stage of IEM Katowice Major keeps on rolling as today fans witnessed best-of-three matchups of teams with a 2-1 record. Three teams found success and have advanced to the Champions stage. The others will keep on fighting with one life remaining as they go down with a 2-2 score. Renegades took on Vitality, Na’Vi went up against AVANGAR, while MIBR faced NiP.

Renegades rise up from down under against Vitality

The Australian underdogs, Renegades, have exceeded expectations of everyone. Coming from the Challenger stage with a clean account of 3-0, Renegades have only lost once so far and that was against the Danish giants, Astralis. Today Renegades faced the new French challenger, Vitality.

Dust2 blows up in Vitality’s face

It all started on Dust2, Vitality’s map pick. Unfortunately, the French side soon regretted this pick as it seemed like Dust2 was Renegades’ second home. An excellent A-long execute on the initial pistol round sparked the flame as the following three rounds also went to the Australian side. Vitality finally snatched a round but then the following six went to Renegades, making it 10-1. Finally, after a great hold by Cédric “RpK” Guipouy on A-site to deny entry, Vitality at least grabbed three rounds before half-time, making it 11-4 in favor of Renegades.

The French side won the pistol on their own t-side after a very similar execute as Renegades on A-site. Unfortunately for them, the dream of making a comeback was instantly denied as the Australian defense proved impenetrable as they went on to win the next five rounds to close out the first map. Justin “jks” Savage along with Aaron “AZR” Ward was simply too much for Vitality despite the whole team playing top-notch Counter-Strike. On the other hand, extremely disappointing performances came from Alex “ALEX” McMeekin and the up-to-date great Nathan “NBK” Schmitt, both only finding six frags each.

Vitality turn things around on Cache

We came to see a whole different Team Vitality on Cache, Renegades’ map choice. Vitality kicked things off fantastically as they found seven rounds in a row on their starting ct-side. After that, Renegades got their flow on Dust2 as they found a way to counter the great French defense. The next eight rounds in a row went Renegades’ way as Sean “Gratisfaction” Kaiwai got going on the AWP. The half went in their favor after all with an 8-7 score.

Fortunately for Vitality, the terrorist side was comfortable for them. We finally saw NBK, Dan “apEX” Madesclaire, and the young star Mathieu “ZywOo” Herbaut get rolling. The terrorist side seemed like a formality as Renegades were only able to find three rounds in total on their ct-side on Cache. Vitality was simply too much for them as they weren’t able to deny entries onto sites. Vitality closed out the map 16-11 with NBK sitting on top of the scoreboard with 24 frags.

Inferno lights up in favor of Renegades

The first time we achieve Legends status and thank you to everyone at home for their support!

Finally, the decider map, Inferno, proved to be a test of endurance for both sides. Renegades got going with the three initial rounds falling their way on ct-side. Vitality was quick to get some rounds in return, however, and began taking a lead at a 7-5 score with good site executes. In the end, the half went in favor of Renegades after jks and Gratisfaction were on fire, both getting quad kills each. They closed out the half 8-7.

Renegades were relentless after half-switch and looked fantastic on t-side. The Australian side found seven rounds in a row, each coming from successful bomb plants and denying defuses. It was 14-7 at that point but Vitality got five rounds in a row with the aid of a great showing by NBK. The comeback was cut short, however, as at a 14-12 score, Gratisfaction’s triple-kill clutch guaranteed his team map point. After that, it was just a formality and Renegades won the map 2-1.

Renegades have for the first time in history qualified to the playoffs of a major. The Australian side goes 3-1 while Vitality has one more chance to go through at IEM Katowice.

Despite making it far into the Legends stage after finding success in the Challenger stage, AVANGAR has looked quite shaky against Na’Vi. While the CIS team has looked confident in their previous matches, this time around it seemed like the AVANGAR light at the end of the tunnel has been pulling away.

Natus Vincere faced Avangar with the playoffs at stake. Much like the previous match, the first map was Dust2 which was picked by AVANGAR. Although AVANGAR started off dynamically with success on the first three rounds, the small victory was short-lived. Na’Vi’s ct-side quickly became a wall as AVANGAR struggled to get bomb plants and execute onto sites. Na’Vi rapidly made it 8-3 in their favor as Egor “flamie” Vasilyev fired off on all cylinders. At half switch, the score was 11-4 for Natus Vincere.

On their own ct-side, AVANGAR once again won the pistol following a great 3k from Bektiyar “fitch” Bahytov. Unfortunately, he wasn’t having a great performance apart from that play. Na’Vi pushed on and didn’t let AVANGAR string a comeback. Aleksandr “s1mple” and co. penetrated the sites effectively, getting bomb plants and defending accordingly. Natus Vincere snatched the map with a comfy lead of 16-6. flamie’s performance was off the charts as he even had the most AWP kills (18) and 26 kills in total, something we usually see from s1mple.

Although Train would be a much closer matchup, AVANGAR yet again lacked the edge to close things out. We finally got a show from s1mple, a sight we have become accustomed to. s1mple impressed with Desert Eagle headshots as well as a solid job on the AWP. This led to Na’Vi, starting out on t-side, winning the half 8-7 following a good defense set up by AVANGAR, requiring Na’Vi to find other ways onto bombsites. Timur “buster” Tulepov was especially effective in defending bombsites.

The second half kicked off with AVANGAR taking a pistol round, yet the CIS team fell short as Na’Vi countered with four rounds of their own, bringing them closer and closer to victory. A sub-average performance by AVANGAR players, excluding buster, led to a rather easy half for Na’Vi. Ali “Jame” Djami was quite ineffective in finding the necessary frags with his AWPing, overshadowed by the sheer brutality of s1mple’s skill. The match finished 16-11 with s1mple being joined by Ioann “Edward” Sukhariev at the top of the scoreboard.

Catching up with the man himself!
Listen to what @s1mpleO had to say after @natusvincere's win over @avangarkz at #IEM. pic.twitter.com/h4L8Vs2xgd

Natus Vincere advances to the playoffs while AVANGAR is left with one life at IEM Katowice.

The now all-Brazilian MIBR line-up finally showed its true colors against Ninjas in Pyjamas. IEM Katowice showed MIBR struggling to find the stride to unleash its potential. Today we have finally seen the Made in Brazil squad and spirit we have come to expect out of the extremely talented lineup.

MIBR show NiP how to play on Train

The first map between the two sides brought us to train yet again this evening. Train brought a very one-sided matchup as MIBR showed that they are not messing around and that loss against Cloud9 on Inferno 16-3 was just a small blunder. However, it was NiP that started off on the right foot by getting the pistol on t-side. Unfortunately, MIBR got to work soon after on ct-side, making Christopher “GeT_RiGhT” Alesund’s and his team’s lives a living hell. NiP found three bomb plants in the half but failed to deny the defuses. The half finished 10-5 with MIBR in the lead.

The terrorist side proved to be great fun for MIBR as Fernando “fer” Alvarenga casually got an ace on the pistol to secure the plant on A-site. From there, it was pure pleasure, as MIBR annihilated their opponents time and time again with Marcelo “coldzera” David and Gabriel “FalleN” Toledo coming in nicely behind fer to secure the map with a comfortable score of 16-6.

Inferno gets heated with a close game

MIBR started things off right quickly as the Brazilian team was looking to end things on Inferno. The very first six rounds went their way before the Swedish team could retaliate with four of their own on ct-side. The half saw Jonas “Lekr0” Olofsson trying to get his team together against the onslaught of terrorists, mostly led by coldzera and the tenacious fer. The half went in favor of MIBR, 9-6, and the Brazilian side were set and ready to battle on the Ninjas on ct-side.

Unfortunately for them, Inferno turned into quite a battle. NiP put up the pressure by getting not only the pistol on t-side but also six consecutive rounds before MIBR could get any rounds on the board. At that point, NiP took the lead and things were looking dicey for MIBR. Luckily, fer and coldzera took matters into their own hands, and at 14-12 for NiP, MIBR strung the four remaining rounds needed for victory to close out the match.

MIBR advances to the Champions stage at IEM Katowice while NiP has one more shot at staying alive with a 2-2 score.

Follow us at Daily Esports for more news on the IEM Katowice Major as well as other esports events!