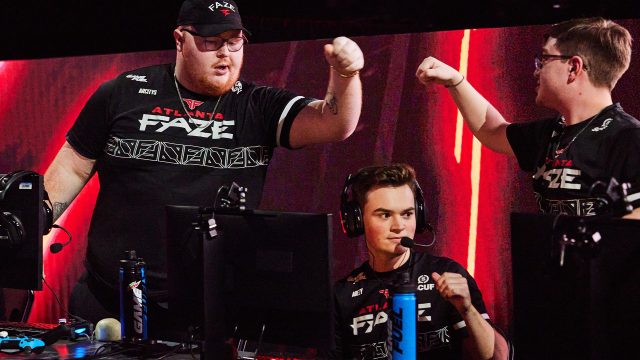 The best CS:GO teams in the world will be coming back to the Windy City this summer. On Friday, IEM announced the format and schedule for IEM Chicago 2019. Although the premise is mostly the same, there are a few major changes from the previous edition.

The group stage will run through the first two days of the event and will not feature a live crowd. Once playoffs come around, though, the teams will move to play the rest of their matches in the United Center. The stadium is home to the Chicago Bulls and has seats for no less than 23,500 attendants. This signifies a major growth from last year’s Windtrust Arena, which could only seat 10,000 people. This change of scenario comes from a three-year deal between ESL and the two venues, which specifies the event will take place at the United Center for both 2019 and 2020.

The tournament will play out earlier than it did last year. The group stage will come first on July 18-19, with the playoffs following right after on July 20-21. Teams will be able to enjoy the summer in Chicago, unlike in 2018 when the event took place in November. This change, however, will make the tournament overlap with the Americas and Europe Minors. Both qualifiers for the StarLadder Berlin Major 2019 will be taking place at the same time in Berlin, which will make for an interesting weekend of top-tier competition.

The following is the full schedule of IEM Chicago 2019, as published by HLTV:

The number of participants has also been reduced from last year’s edition. Only eight teams will fight for the title, which is half of the contenders that came to Chicago in 2018. The competitors will be placed in two groups of four teams each. The playoffs will count with four total teams, as only two will advance from each of the Bo3 GSL groups. A total of $250,000 will be on the line, with the winner taking home the lion’s share, $125,000.

It's America vs. Europe in a Counter-Strike showdown. The longest-running esports event arrives on Chicago's biggest stage. The United Center hosts #IEM July 20-21.

IEM’s announcement tweet put a lot of emphasis on the rivalry between Europe and North America. The list of CS:GO teams that will participate in the event, thus, will strictly follow this theme. Four teams will represent each region, without any spots left for Asia or other minor regions.

Last year, the Danes of Astralis were crowned as champions after defeating the Americans of Team Liquid in the finals. This year, however, everything is yet to unfold. Who will be the IEM Chicago 2019 winners? We will have to wait and see.