iBUYPOWER will feature some of NA CS:GO's best talent 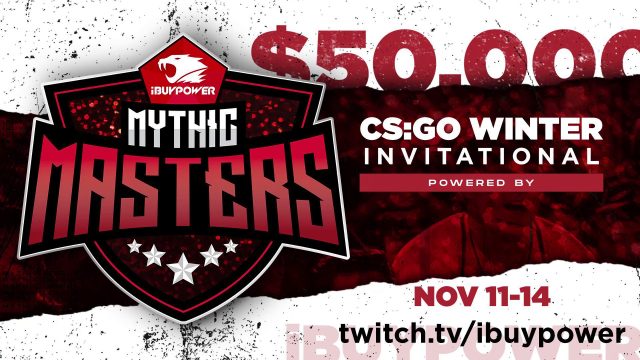 On Nov. 4, iBUYPOWER announced a partnership with Intel to host the 2021 Mythic Masters Counter-Strike: Global Offensive invitational. Eight North American CS:GO teams will compete starting Nov.11 for a piece of the $50,000 prize pool.

We're back 😎 iBUYPOWER is proud to announce our return to esports and North American CS:GO with Mythic Masters – Powered by @IntelGaming featuring some of NA's brightest talent.

Find out about Mythic Masters, our sponsors, and schedule of games here: https://t.co/U5eeb5IfCd pic.twitter.com/fT3z3cjYWn

Seven of the eight NA CS:GO teams will be invited to Mythic Masters, while the final team will enter through the event’s open qualifier. The list of invited squads includes Team Liquid, MiBR, Party Astronauts, Extra Salt, Evil Geniuses, Bad News Bears, and Team oNe Esports.

Mythic Masters will feature a GSL format. Participating teams will be organized into two groups of four and compete in a series of best-of-three matches. The top two teams from the opening matches will then face head-to-head for the group’s top seed and a spot in playoffs.

The losing squads will compete to stay in the tournament and play the loser of the winner’s match. Whichever team wins this match-up will be the last team to qualify out of the group stage. The event’s top four teams will then be seeded into a single-elimination best-of-three bracket, determining the event’s winner.

All matches will be streamed live on the official IBP Twitch channel.