"I think it'll even be an upgrade from last year": jojopyun on EG's 2023 LCS season - Upcomer

“I think it’ll even be an upgrade from last year”: jojopyun on EG’s 2023 LCS season 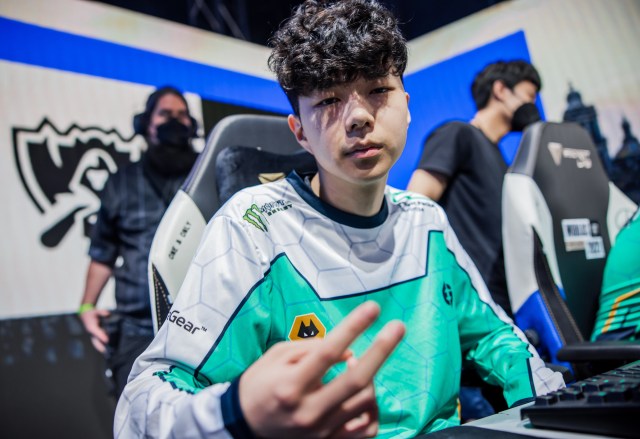 Few players in the history of the League Championship Series can lay claim to a rookie season like the one Joseph “jojopyun” Pyun just had in 2022. The 17-year-old mid laner was a crucial part of Evil Geniuses’ first-ever LCS title in the 2022 Spring Playoffs, as well as their qualification for the World Championship as North America’s 3rd representative seed.

Throughout the year, jojopyun continued to improve at an impressive rate. He established himself as the best laning mid laner in the LCS during the Spring Split, and by the end of summer, his understanding of how to play side lanes in a team setting was second to none in North America.

In an interview following the 2023 LCS Kickoff, jojopyun attributed his rapid improvement throughout his rookie season to being able to compete internationally twice in the same year.

“1000%, no doubt – MSI helped me out. Worlds too. It really gave me a bar of how good I have to be to compete with these guys,” jojopyun said regarding facing opponents from other major regions. “Before I went to MSI I obviously knew they were the best, but I wasn’t expecting them to be as good as they were. Worlds also taught me things I never would have learned playing in LCS, for sure, because the players are just much better. We scrimmed DRX almost every day. It was really fun playing against Zeka. I learned a lot from being versus Zeka.”

In addition to jojopyun’s impressive level of play, pundits and analysts alike praised his confidence in his wins and his composure during his losses. Regardless of who EG was up against, jojopyun came into matches boldly, and regardless of stakes or result, his mental fortitude seemed virtually unbreakable throughout the year — especially for a rookie.

“To me, I’m just playing a game that I like playing,” jojopyun explained. “I like competing in anything, so I don’t know, I just…it’s fun. Obviously, sometimes there are some nervous moments, but it’s not like they change my performance. And everyone gets nervous sometimes. So you just have to accept that and move on.” 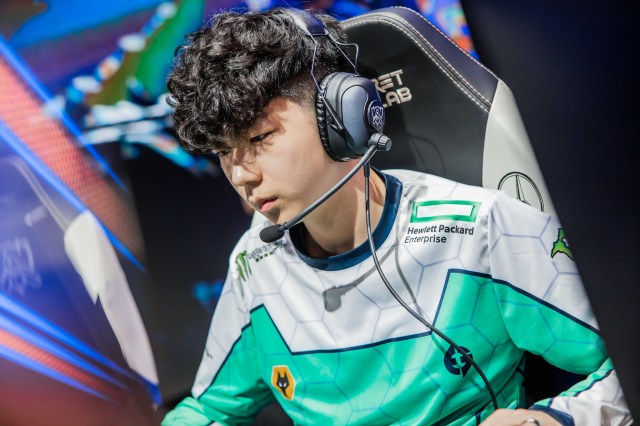 In 2022, a lot of jojopyun’s best work for Evil Geniuses was playing the role of facilitator, but in 2023, he is looking to expand beyond that.

“I feel like last year, I was really enabling my team very well for them to succeed, but I didn’t take on a carry role too many times,” jojopyun explained. “So this year, I want to focus on playing the carry role more so that I’m really versatile, then I can play two styles really well.”

The mid laner’s focus on versatility may serve EG well after an off-season that saw a complete overhaul of the coaching staff and the addition of two new starters — top laner Kim “Ssumday” Chan-ho and AD carry Victor “FBI” Huang. Both players have spent the last two seasons together on 100 Thieves, but a 40% change of roster could still change the complexion of how EG’s roster looks to accomplish things on Summoner’s Rift when compared to their 2022 style of play.

At the time of the LCS Kickoff, jojopyun had yet to scrim with his two new teammates, but his confidence in EG remained as unshakeable as ever.

He said: “I have very high hopes for them. I think they’re both very good players. I’m really confident in EG this year. I think it’ll even be an upgrade from last year.”