Huni is heading over to Clutch Gaming for next year - Upcomer

Huni is heading over to Clutch Gaming for next year 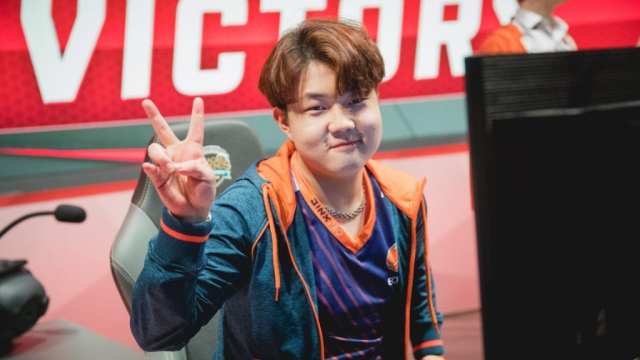 Can Huni return back to form for the 2019 season? We will need to see, as he joins a rebuilding Clutch Gaming squad.

RT to welcome him to the squad! pic.twitter.com/nrqEboSF73

This news comes three days after they would part ways with a majority of their roster. Clutch Gaming would say goodbye to Colin “Solo” Earnest, Apollo “Apollo” Price, Nickolas “Hakuho” Surgent and Fabian “Febiven” Diepstraten. In fact, Solo, Apollo, and Hakuho would all move to Huni’s former team, Echo Fox. Meanwhile, Febiven would return back to Europe and join a loaded Misfits Gaming roster. This would end up leaving Clutch Gaming with only Nam “LirA” Tae-yoo as their last player from 2018.

Huni and a Lackluster 2018 Year

Ever since Huni would leave SKT T1 back in 2017, he would suffer a regression with his skills. In the top lane with Echo Fox, he would perform very well during the beginning of the year. In fact, Echo Fox would even place second in the 2018 Spring Split. Also, they would end up winning third place after sweeping Clutch Gaming. However, their next split would be a disappointing one. First, they would finish lower in the regular season, sitting at fourth place. In the playoffs, they would drop to Team Solo Mid in the quarterfinals. They would go to the Regional Qualifiers, where they would, again, lose to Team Solo Mid, ending their year.

It was all about a lack of consistency with Huni and Echo Fox. At the beginning of each split, they would play pretty well to give fans hope. However, as the season would wind down, the team would begin to lose winnable games against weaker teams. On some days, they would play well and on other days, they would be off. They could not find their stride at all, and it would punish them in the playoffs.

Huni was a huge part of Echo Fox’s struggles later on their splits. He would suffer from a problem that has been plaguing him for some time: his tendency to tilt. Huni was supposed to be a huge part of Echo Fox’s gameplan. He was once a star top laner that would have multiple successful seasons in Europe, Korea, and North America. Unfortunately, Huni was liable to tilt harder than many other stars. As a result, he would force Echo Fox jungler Joshua “Dardoch” Hartnett to carry most of the team’s weight. He would also disappear when the team would need him most. The Huni of old has left, so is there any chance of the 20-year-old improving?

With a completely fresh start, Huni could find success. The only thing that Clutch Gaming may need to do now, is to find the perfect players to compliment his game. They may need to realize that Huni isn’t the same carry top laner that he once was. He will need players to help alleviate the pressure from his lane. Right now, the team has picked up former Echo Fox mid laner Tanner “Damonte” Damonte. They also have their current jungler, Nam “LirA” Tae-yoo, who also had a pretty bad 2018 year. These players aren’t sparking much confidence in the team, but we must wait and see if any more roster moves are made.

What are your thoughts on Huni joining Clutch Gaming? Let us know what you think in the comments below! If you want more League of Legends coverage, check us out here!