How Undead minions work in Hearthstone March of the Lich King 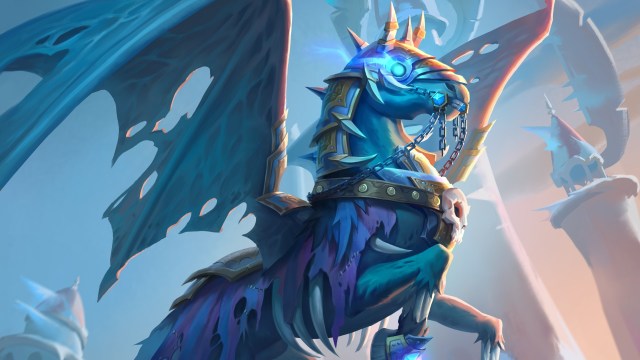 Provided by Blizzard Entertainment Artwork of Invincible in Hearthstone.

Hearthstone’s March of the Lich King expansion features the new Death Knight class, Runes, the Corpse mechanic, the Manathirst keyword plus Undead minions. Read on for details about the Undead in Hearthstone.

Undead minions in March of the Lich King

Undead refers to a new minion type in Hearthstone. Some Undead minions are Neutral cards, which mean that they’re not limited to just one Hearthstone class.

According to Blizzard, these Undead minions appear in classes that have pledged their allegiance to the Lich King. A couple of Neutral Undead include Infected Peasant and Invincible. Infected Peasant has a Deathrattle that summons a 2/2 Undead Peasant after it dies. Meanwhile, Invincible has the Reborn Battlecry alongside a Deathrattle that gives a random friendly Undead +5/+5 and Taunt.

Dual-type minions arrive in Hearthstone March of the Lich King

There are dual-type minions in the next Hearthstone expansion. Undead minions can be a second type to indicate what they were like before becoming Undead.

As for other Undead minions, March of the Lich King features retroactive additions as well. Examples include Bloodmage Thalnos and Tamsin Roame.

Like Invincible, some Undead minions have the Reborn mechanic, which is a returning keyword that’s staying Hearthstone. When a minion with Reborn dies, it gets resummoned with one remaining health.

In addition, Unholy Rune cards can work well with Undead minions. This refers to an aspect of the new Rune deckbuilding system. Unholy Runes are represented by the color green and cards of this variety have the best command over Undead armies. Unholy Rune cards are also good at making the most out of Corpses. Corpses refer to a new resource mechanic that can power up other cards.