The newest AR in Season 1 Reloaded 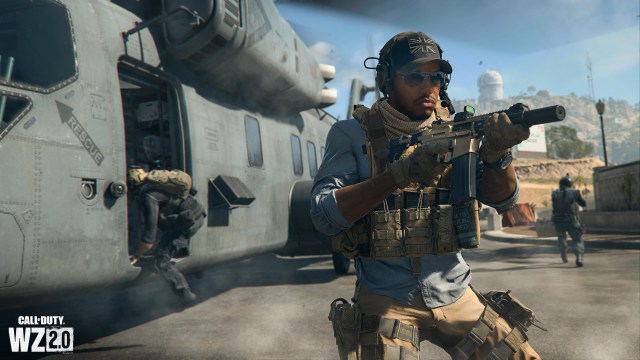 Season 1 Reloaded of Call of Duty: Warzone 2 and Modern Warfare 2 begins this Wednesday, Dec. 14. We’ve already heard all of the content that’s dropping with the update thanks to a blog post from Activision. However, some players might be wondering about more in-depth aspects surrounding the update, such as specific pieces of content. Arguably the biggest highlight in Season 1 Reloaded is the Chimera, which is a new assault rifle releasing in both Warzone 2 and Modern Warfare 2.

The Chimera is essentially the Honey Badger from previous Call of Duty entries. Fans of COD Ghosts will recognize the Honey Badger instantly, as it was one of the better rifles from that game. Like in Ghosts, the Chimera has an integrated suppressor that keeps players off of the map when firing. The Chimera will also come with Subsonic Ammo, which hides enemy skulls from the other team once players kill a member of the opposition. If past games are any indication, the Chimera could be one of the best ARs in Warzone 2 and MW2. As such, players will be trying to unlock it as quickly as possible when Season 1 Reloaded arrives.

The question is, how exactly can players unlock the new AR?

Unlocking the Chimera in Warzone 2 and MW2

If players don’t want to go that route, though, they can also pay their way to get the Chimera. The new AR will also be available through a new Store Bundle which will presumably release once Season 1 Reloaded arrives on Wednesday. Once again, we don’t know what else will be in the bundle or how much it will cost. However, players can expect to likely pay around 2,400 COD Points, as the bundle will presumably feature many other items as well.

Season 1 Reloaded launches in both Warzone 2 and MW2 on Dec. 14.