How to unlock the BP50 in Warzone and Vanguard Season 5

How to unlock the BP50 in Warzone and Vanguard Season 5

One of the new Season 5 weapons 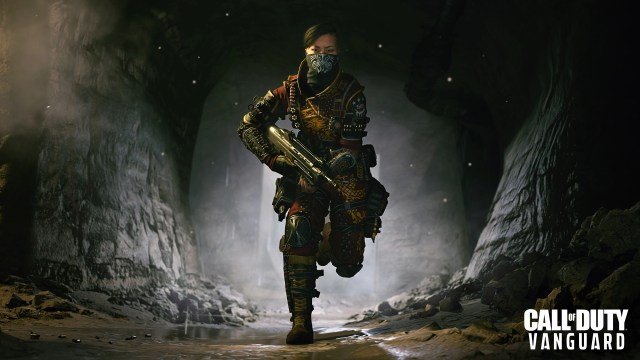 Season 5 Reloaded of Call of Duty: Warzone and Vanguard arrived earlier today. This is the last update for both games, as the launch of Modern Warfare 2 and Warzone 2 looms over the horizon. However, this doesn’t mean the Season 5 Reloaded update is completely void of content. At the forefront of the update are two fresh weapons that players can unlock, the BP50 assault rifle and Lienna 57 light machine gun. Today, we’ll be focusing on how to unlock the BP50 AR in Warzone and Vanguard.

The BP50 is a return to classic Call of Duty for any veteran of the series. While it has a different name, the BP50 is essentially the F2000 from the original Modern Warfare 2 (2009). This is likely Activision’s way of throwing some nostalgia at the community’s way before the arrival of the new MW2 in October. Like its F2000, predecessor, the BP50 has a tremendous fire rate and strong accuracy. Its main drawbacks are damage and range, which is what made it such an underwhelming weapon in the original MW2.

Activision describes the BP50 as a “fully automatic bullpup assault rifle that boasts a high fire rate while remaining deadly and accurate at long range. Its fast fire rate helps to eliminate enemy Operators before they can react, but watch that ammo count.”

Unlocking the BP50 in Warzone and Vanguard

In order to unlock the BP50 in both Warzone and Vanguard Season 5, players need to complete an in-game challenge or wait for a store bundle to release with a BP50 blueprint. Anyone who doesn’t want to wait for the second option will need to get 15 ADS kills with an ACOG optic equipped.

This isn’t too difficult to complete, especially in Vanguard; this challenge just requires players to get normal kills, but just use an ACOG scope in the process. Players can use any gun they want to complete this challenge, so long as it has access to an ACOG scope. Once players get 15 kills using the scope, the base model of the BP50 will be unlocked in Warzone and Vanguard.