How to unlock more cards in Marvel Snap

How to unlock more cards in Marvel Snap

No booster packs but unlocking cards through collection level is actually quite simple. 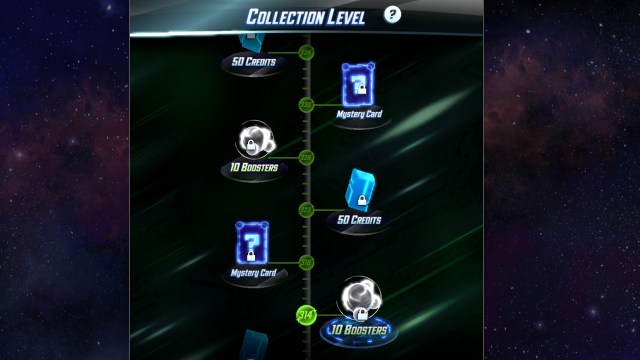 Screenshot via Marvel Snap Players get mystery cards nearly every single time they upgrade a card in Marvel Snap.

Players who have played Marvel Snap may have noticed that there are no booster packs in the store. But at the same time, their opponents have much more cards than they do. How?

How many characters are there in @MarvelSnap? We lost count.

Tap to see who’ll be your go-to!

The key is in the collection level

Unlike traditional trading card games, there are no booster packs or expansions that allow players to bolster their collection by buying cards. To circumvent this in the past, games like Legends of Runeterra — which also doesn’t have any way to acquire cards through packs — used a crafting system through “wildcards” to allow players to create any card at any time.

However, Marvel Snap has neither of these things. In Marvel Snap, players can only acquire cards through their unique collection level track.

When players play games of Marvel Snap, they don’t increase their level through traditional experience points. Instead, they earn materials that help them upgrade the cosmetics of their existing cards. Upgrading cards is how players acquire new cards in Marvel Snap. That’s because every time a player upgrades their cards, their collection level grows. And as their collection level grows, they earn rewards along the way. At certain intervals, new cards will be unlocked for use and for upgrades. Usually, this happens every two to four levels.

Using a combination of Credits and character boosters, players can upgrade any and every single card in their collection multiple times. Each time a player upgrades a card, they get progress toward their collection level track. But each time they do so on a specific card, that card gets harder to upgrade (albeit with the card getting a fancier upgrade each time). But to offset the difficulty of upgrading a card to higher tiers, the number of collection levels also increases. For example, upgrading a card to uncommon grants just one collection level. Upgrading the same card from Epic to Legendary grants six.