How to unlock Luigi in Smash Bros. Ultimate

How to unlock Luigi in Smash Bros. Ultimate

There are three ways to unlock Green Mario in Smash Ultimate 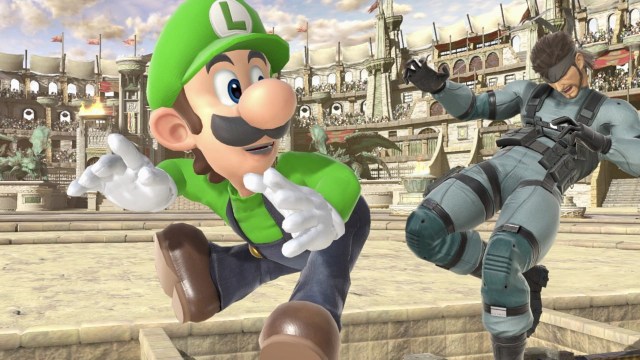 Provided by Nintendo Luigi is a playable character in Smash Ultimate.

Luigi is one of the most popular Nintendo characters of all time. So it’s not a surprise that many are clamoring to get a chance to play him in Nintendo’s newest version of the Super Smash Bros. franchise, Super Smash Bros. Ultimate.

Luigi isn’t one of the characters that are available when you first start up the game so he will need to be unlocked. Here are the different ways you can unlock Luigi as a playable character in Super Smash Bros. Ultimate.

Unlocking Luigi through classic mode is the fastest of the three methods.

In classic mode, players can unlock characters after they complete the mode with different characters. The quickest way to unlock Luigi in this mode is to start off by using Mario. Once you clear classic mode with Mario you are able to fight against Sonic, beating Sonic will unlock that character.

If classic mode is too boring for you there is a way to unlock Luigi through the Vs. mode in the game. However, this method isn’t recommended because, while new characters do pop up every 10 minutes spent playing this mode, they come in a specific order. Luigi is 33rd on the list, meaning that players will need to unlock 32 other characters before Luigi. It will at least take over five hours to unlock Luigi this way.

The final way to unlock Luigi is through the World of Light. This one is the most time-consuming but if players are planning to play through World of Light anyways, it’s still a viable strategy. Luigi is in the Mysterious Dimension area of the World of Darkness. Find him there and you can unlock him.