How to unlock Golden Guns in Overwatch 2

How to unlock Golden Guns in Overwatch 2

Golden Guns are back in Overwatch 2 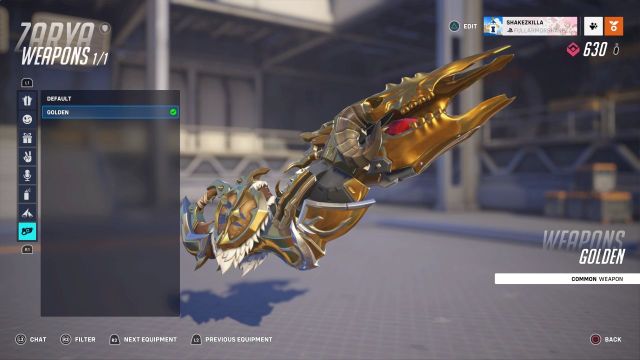 Provided by Blizzard Golden Guns were a staple of the original Overwatch.

Out of all of the available cosmetics so far in Overwatch 2, perhaps the most desirable set of items are Golden Guns.

Like in the original Overwatch, these guns have absolutely no effect on gameplay. They’re simply cosmetic items that players can showcase to the world to demonstrate how much time they’ve put into the game. However, any newcomers might be confused about how to actually acquire these Golden Guns. After all, there’s no better way to customize a gun that with a shiny plate of gold.

Getting Golden Guns in Overwatch 2 Once players have begun playing competitive, they’ll need to first get a rank. This can be done in any of the three roles by either winning seven matches or losing 20 matches. After you have a rank, your main job will be to try and achieve the highest rank possible. The ranks, from best to worst, are: Top 500, Grandmaster, Master, Diamond, Platinum, Gold, Silver, Bronze.

In addition to receiving those points, players receive 15 Competitive Points for every win and five points for every draw. No points are awarded for a loss. You can track how many points you currently have by looking at the pink icon on your customization screen.

Essentially, players need to play a ton of Competitive Play and be ranked fairly high at the end of a season to earn enough points for a single Golden Gun. It will surely take months, and perhaps years, for a player to unlock a Golden Gun for each weapon in the game. However, players can simply earn one Golden Gun for their favorite hero and be done with the grind if they wish.